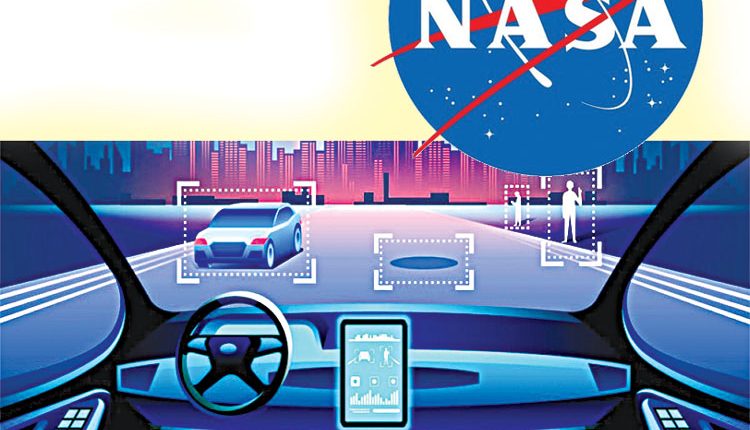 Visiting space has been a distant dream for most of us growing up and if you have ever thought of reaching out to stars, chances are you have heard about NASA. The National Aeronautics and Space Administration is U.S. government agency responsible for the civilian space program, aeronautics and space research. While the space program takes all the limelight, it’s the research and technology behind incredible feats that we are going to talk here and more particularly from automotive point of view. Believe it or not, plenty of NASA space technology has come to you in the form of the improvements in our vehicles and this relationship between NASA’s groundbreaking technological advancements and the car you drive can be linked back as far as the beginning of the space race in the early 1960s.

How NASA shaped the industry
Tyre pressure monitors: Yes, thanks to NASA, we have TPMS tech in our cars today. Losing tyre pressure without realizing can cause a huge trouble for anyone and imagine if astronauts lost their tyre pressure on a space shuttle on lunar surface. To counter this issue, a sensor was installed on all wheels that would light up everytime tyre pressure would go low. Today, we get digital readings of the actual tyre pressure inside the tyre.

GPS: While GPS was originally made by US Air Force, the Global Positioning System (GPS) owes a lot to the algorithms provided by NASA. US Air Force’s GPS was known to give raw data that was as much as 30 feet off. Thanks to a software developed by NASA for their satellites, GPS now gives pin point location.

Comfortable Zero gravity seats: It was Nissan who partnered with NASA to provide comfortable car seats inside a car. NASA studied the postures of the first astronauts in microgravity that take a shape to reduce the stress placed on our joints and helps reduce fatigue. Nissan used this research to to make zero gravity seat in 2013 for Altima.

NASA research influencing car tech today
Self engine damage repair: Space shuttles and stations have to face extreme heat due to a lot of moving parts resulting in wear and tear. NASA commissioned Pavlo “Pasha” Rudenko to look into this problem and develop a solution. He came up with nano flakes that can reduce wear and also reverse it. A company called TriboTEX is offering nano flakes to boost performance, efficiency and longevity of engines.

Control autonomous car fleets: Nissan also worked with NASA to develop software capable of helping fleets navigate complex working environments. This software is called Seamless Autonomous Mobility (SAM). SAM is capable of sending all the data from driverless cars to the cloud, making it possible for them to drive safely on our roads.

Monitor vehicle emissions from above: CO2 is the biggest problem auto industry is battling a substantial amount of R&D goes into reducing the emissions. Auto companies have adapted a tech from NASA called EDAR. Placed above roads, EDAR is able to get a three-dimensional image of exhaust plumes. It is also capable of measuring the temperature of the tail pipe and is able to work across multilane highways and is 2000% more sensitive than traditional technologies.

How NASA will impact the future of driving
AI brain to avoid crashes: NASA developed AI brain to navigate Mars’ rough terrain without any guidance. The software identify, locate, and track objects and use this information both to navigate and to avoid collisions. While cloud-based systems suffer a lag, an on board AI will make real time decisions and is a form of Machine Learning for self driving.

Lidar to reduce traffic congestion: NASA made a Doppler Lidar to achieve precision while navigating Mars by sending three continuous laser beams down to the planet. A sensor measures how long it takes the light to return once the lasers bounce back from the surface. Basically, it means that your car will be able to calculate what shape an object is, how fast it is going and what direction it is going in. This means self-driving cars will be able to navigate traffic, reducing jams.

The Unbreakable Superelastic Tyre: NASA rovers go on an uncharted terrain that could lead to a severe punishment for tyres. Keeping that in mind, NASA developed tyres that utilize shape memory alloys that are able to spring back to their original shape after they go over irregular objects. These tyres will slowly become part of our cars, in some form or other.

■ Digital Recruitment Practices:
From nice-to-have to a must-have