■ E-Commerce Rules
About Flash Sales; How does it Affect? 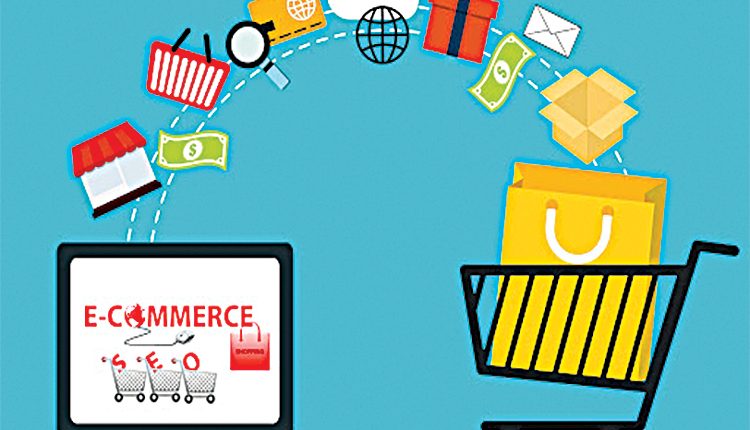 The Consumer Protection (e-commerce) Rules, 2020, announced on June 21, will be implemented after factoring in industry views. The rules are expected to tighten regulations on e-commerce players, which include barring affiliated entities from selling on the platforms and restricting flash sales.

E-commerce is the buying and selling of goods and services over the internet. E-commerce can be a substitute for brick-and-mortar stores, though some businesses choose to maintain both. Almost anything can be purchased through e-commerce today. There are three main types of e-commerce: business-to-business (websites such as Shopify), business-to-consumer (websites such as Amazon), and consumer-to-consumer (websites such as eBay). An e-commerce site requires some specific features in order to be successful. … The Niche: This is the starting point for most of the sites. When it comes to an e-commerce website, you first need to think what you plan to sell. You need to look for a niche which is not too heavily saturated.

The Department of Consumer Affairs on Monday, 22 June, proposed amendments in the Consumer Protection Act and has sought comments and suggestions on it by 6 July. The proposal comes as offline retailers in India raised their concerns about unfair practices by e-commerce giants including Amazon and Flipkart, as they expand their operations in the country. We explain what these proposed changes are, and how these new rules will impact the booming e-commerce space going forward.

What Are the Proposed Changes?
In the draft, the government highlighted that e-commerce companies won’t be allowed to hold ‘flash sales’ in India. During flash sales, e-commerce platforms observe high spikes in customer orders as they offer heavy discounts on products, sometimes up to 80 percent. The ministry also proposed that e-commerce firms should appoint a chief compliance officer, a nodal contact person, and comply with the new IT rules applicable to e-commerce platforms for redressing the grievance of consumers on the e-commerce platform. E-commerce entities will also be liable to provide information within 72 hours of receiving an order or request from government agencies. Under the new framed guidelines, Amazon, Flipkart and other e-commerce players will have to refrain from selling their own products on the platform. Apart from this, all e-commerce entities should also be registered with the department for promotion of industry and internal trade (DPIIT) and will have to ensure that they do not manipulate any search results using any algorithms.

What is Flash Sale? Can Companies Host A Flash Sale?
The Indian government proposed to ban all flash sales – a sale of specific products that lasts for a short period of time and offers discounted deals starting from 50 to 70 percent on MRP. The government, in the amended policy, defines flash sale as “the sale organised by an e-commerce entity at significantly reduced prices, high discounts or any other such promotions or attractive offers for a predetermined period of time on selective goods and services or otherwise with an intent to draw large number of consumers.”

A flash sale is a discount or promotion offered for a limited period of time. These short-term sales can be great opportunities to sell a large number of products in a few hours, but they require some preparation if you’re expecting a large increase in your checkouts. A flash sale is a discount or promotion offered by an ecommerce store for a short period of time. The quantity is limited, which often means the discounts are higher or more significant than run-of-the-mill promotions. The time limit and limited availability entice consumers to buy on the spot – aka impulse buying. The key to running a successful flash sale is the length of time it runs for. The shorter the sale the better; it creates a sense of urgency and encourages customers to act quickly. Studies show that 50% of flash sale orders occur within the first hour. Most flash sales last anywhere between a few hours to 36 hours. By and large, they are not a deal. Anecdotally, I’d say more than half the time, the travel bargains that pop up are no bargain at all. When you see a deal pretending to be extraordinary, get online and check those prices. A great flash sales combines great merchandise with a great discount. But even the best flash deal will fail if no one knows about it. You can use urgency to build up some flash sale hype. When someone tells themselves, “I can buy this later,” they have no reason to buy from you now.

What About OnePlus, Xiaomi Sales?
Chinese smartphone makers Xiaomi and OnePlus have used flash sales to increase their sales since their inception in their country. “Certain e-commerce entities are engaging in limiting consumer choice by indulging in ‘back to back’ or ‘flash’ sales wherein one seller selling on platform does not carry any inventory or order fulfilment capability but merely places a ‘flash or back to back’ order with another seller controlled by platform. This prevents a level playing field and ultimately limits customer choice and increases prices,” the ministry said in a statement. The government has argued that such sales create a false sense of demand, and often leaves consumers in the lurch, because they are unable to buy devices within short time frames. Several experts have also alleged that these e-commerce companies also artificially lower the number of devices they put up on flash sales, which is also in contravention to the promises a consumer might expect.

Will Offline Retailers be Benefitted?
The proposed plan is expected to benefit offline retailers who have in the past argued that e-commerce giants Amazon and Flipkart give deep discounts and eat into their businesses. The Confederation of All India Traders (CAIT), which had also demanded stricter e-commerce norms to protect the interest of offline traders, has welcomed the draft norms. CAIT Secretary General Praveen Khandelwal told The Economic Times that the new draft is “a guiding stone to purify the e-commerce landscape of the country which has been greatly vitiated by various e-commerce global companies to the extent that not only the domestic trade has been damaged but even the consumers are also feeling the heat of their unethical business practices.”