■ Automobile and AutonomyIndia’s Potential to Lead the World, Challenges and Road Ahead 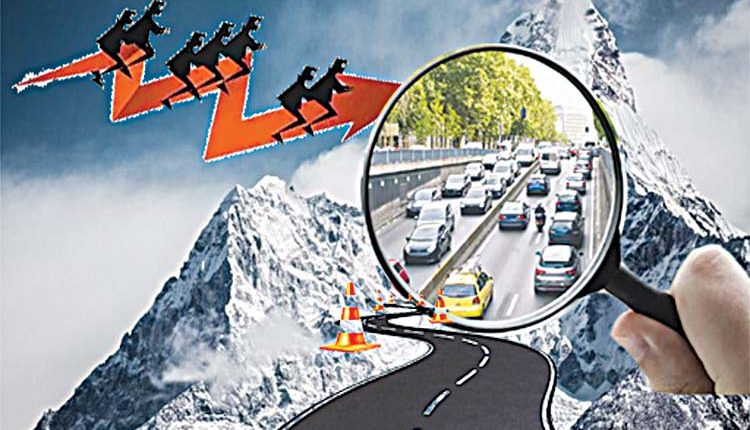 India is the world’s largest two-wheeler and three-wheeler manufacturer. The country ranks second in tractor manufacturing. After China, America, Japan, and Germany, India has the fifth largest car industry in the world. According to several reports, India is poised to become the world’s third largest automobile industry by 2026. As per the latest official data, the contribution of India’s automobile industry in the country’s GDP is 7.1% and it generates nearly 35 million jobs.

However, the sector recorded a slump in sales in 2019 due to a slowdown in the economy and before we could come out of it, the outbreak of Covid-19 brought the sector to its knees. The silver lining being — the exports remained strong and recorded an increase from previous years even in 2019 and 2020. Automotive demand in the country has now surged as we see light at the end of the tunnel from the pandemic.

India’s claim to global domination in automobile industry
They say that the first step towards solving a problem is recognizing it. The ‘technical recession’ in the wake of the pandemic brought the declining figures to the fore. Thankfully, the Indian government launched a slew of measures to boost the automobile industry and take it into the future. Recently, Union minister for road transport & highways and MSMEs Nitin Gadkari, while speaking at a conference on India’s Electric Vehicle Roadmap, rightly pointed out that the world is no more interested in doing business with China, which is a very good opportunity for the Indian industry to pick up the shift in business.

In the 2021-22 fiscal budget, the Centre lowered the GST burden on electric vehicles to 12%. This was followed by rolling out a vehicle scrapping policy — which is likely boost passenger car as well as commercial vehicle sales. Further, the government also intends to start a pilot project for developing an electric highway on the upcoming Delhi-Mumbai Green Corridor. All these measures will certainly help in making India self-sufficient in the auto sector.

Besides this, India has some inherent advantages that give the country a competitive leverage. These include: –
• Availability of skilled labour, land, power
• Great pool of engineering talent coming out each year
• English speaking country which is good for export business
• Great improvement in connectivity over the last two decades
• Improvement in access to capital
• Improved supply chain within country with unified taxation (GST)

In an effort to reduce annual carbon emissions, India is also taking steps towards the implementation of National E-Mobility Programme under which the country aims to ensure that 30% of the vehicles on road are electric vehicles, by 2030. To this end, the Ministry of Petroleum and Natural Gas has given a directive to large oil companies to set up electric vehicle charging infrastructure at nearly 1,000 fuel stations across India.

Also, retrofitting is fast changing the dynamics of the industry for better. At PCL India, we are working towards achieving India’s dream of going electric. Through retrofitting, we are not only turning the combustion engines into electric ones but also increasing the life-span of the existing EV fleet. The step will not only help India reduce its carbon footprint but also prevent our city roads from getting congested. Taking a giant step towards ensuring a green future, EMOSS and PCL are manufacturing and supplying fully electric powertrains and hybrid powertrains. The idea is to push e-mobility with retrofitted kits for the initial few years while the eco system is nascent.

Roadblocks
Several automotive businesses are still quite labour intensive. While this gives us a competitive advantage at this point, India cannot rely on labour intensive industry in the long run. There needs to be more focus towards automation and companies need to move up the value chain. Further, the age-old mentality to only focus on the domestic market needs to change. There is a thriving international market for high quality vehicles and its components and India is best suited to rise to the occasion.

PCL India is a big advocate of ‘local for global’ manufacturing and supplying almost 10% of the world’s camshaft requirements from its plants in Solapur. To claim a spot in the global automobile space, Indian industry needs to step up and make premium quality products while being price effective. Adapting to global OEM requirements and ensuring tight systems and processes are in place is a key ingredient to a successful export story.

In the EV space, several large and small companies are developing auto components in India. However, many such firms lack access to finance. Further, there is a lack of subsidy/incentive for EV retroﬁtting from the government’s end. Apart from this, the FAME (Faster Adoption and Manufacturing of Hybrid and Electric Vehicles) scheme, in its present form, is more suitable for established OEMs (Original equipment manufacturer) but doesn’t cater much to smaller outfits. Lastly, the policies relating to vehicle scrapping and retrofitting need to be more specific at state and central government levels.

Racing ahead
As we are gradually coming out of the pandemic, the auto industry is witnessing signs of revival with the two-wheeler and four-wheeler manufacturers recording an uptick in sales. In the coming times, India is expected to record an exponential rise in the sales of automobiles. At present, only 22 Indians out of 1,000 own cars. This figure is much higher in countries like the United States, United Kingdom, Canada, Japan, and China.

As India progress towards a 5 trillion economy, many more Indians will have the required purchasing power to own a four-wheeler. The leading financial institutions also forecast India to be among the fastest growing economies in the future and if that happens, the per capita income of Indians will also see a considerable rise. The International Energy Agency has predicted that by 2030, 70 Indians out of 1,000 will own a car. This assumption has been made in view of the rapidly developing infrastructure in India. Not to forget, electric and hybrid vehicles will form a very sizeable percentage of India’s fleet in the long term. This article is authored by Karan Shah, Executive Director, Precision Camshafts Limited & EMOSS BV. All views are independent.