Xi, Putin talk about stabilisation of situation in Afghanistan 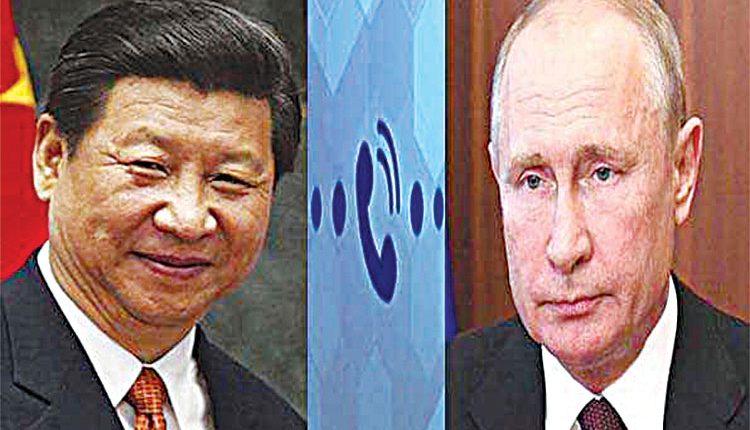 Beijing, Aug 25 (Bureau) Chinese President Xi Jinping and his Russian counterpart Vladimir Putin on Wednesday held a telephonic conversation, during which they agreed that their countries would work together to stabilise the situation in Afghanistan, according to China’s official news agency Xinhua. During a telephone conversation between the two leaders, Xi told Putin that China stands ready to strengthen communication and coordination with Russia and the broader international community on the Afghanistan issue, Xinhua reported. Xi also called for concerted efforts to encourage all factions in Afghanistan to build an open and inclusive political structure through consultation and thoroughly dissociate from all terrorist groups.

On the novel coronavirus pandemic, Xi told Putin that China is ready to work with Russia to deepen cooperation on vaccine development and production. According to Xinhua, Putin said Russia is opposed to the politicization of COVID-19 tracing. China and the United States have been at odds over the origins of the virus, first detected in the central Chinese city of Wuhan in late 2019. The Kremlin press service in a statement following Xi-Putin conversation said Moscow and Beijing are interested in boosting cooperation on all issues. “Since this year marks the 20th anniversary of the Treaty on Good-Neighbourliness, Friendship and Cooperation, the parties noted with satisfaction that the Russian-Chinese strategic partnership is steadily progressing. Most importantly, the parties are interested in further boosting cooperation on all issues on the bilateral and international agenda,” the statement read.

Tajiks should be part of Kabul govt, will not recognise any regime formed through oppression