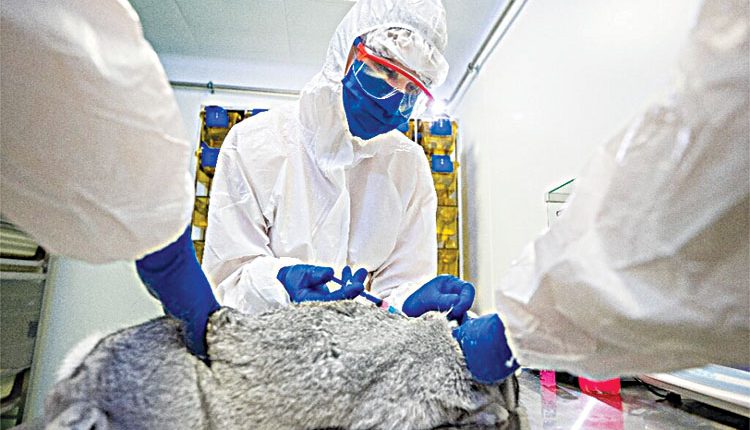 Moscow, Mar 31 (Agency) Russian vaccine against COVID-19 for animals is already available for orders, Yulia Melano, an adviser to the head of Russian agricultural watchdog Rosselkhoznadzor, said on Wednesday. Earlier in the day, Rosselkhoznadzor said that Russia has registered the world’s first vaccine against COVID-19 for animals and its mass production could be launched in April. “The vaccine is already available, it can be ordered from our institute [the Federal Center for Animal Health] on a commercial basis,” Melano said.

The mass production of the vaccine could be launched in April, he said. Savenkov said the Carnivac-Cov vaccine, developed by the Federal Center for Animal Health, was the first and currently only vaccine against coronavirus for animals in the world. “The clinical trials of Carnivac-Cov, which started in October last year, involved dogs, cats, polar foxes, minks, foxes and other animals. The results of the studies allow us to conclude that the vaccine is harmless and has high immunogenic activity, since all vaccinated animals developed antibodies to coronavirus in 100 percent of cases,” he said.

Currently, Rosselkhoznadzor scientists continue to study how long immunity is developed after the vaccine administration. According to Savenkov, today this figure is at least six months. “Already in April, mass production of the vaccine can be launched on the basis of the country’s largest platform for the production of medicines for animals of the Federal Center for Animal Health,” he said.