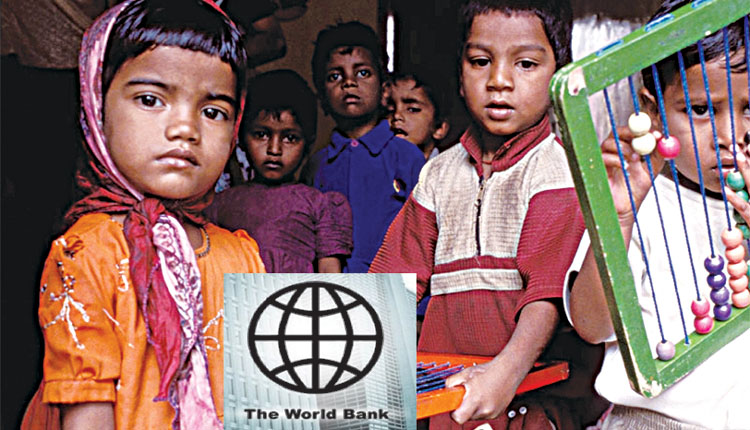 Dhaka, Jan 19 (Agency) The government of Bangladesh on Monday signed a $6.5 million financing agreement with the World Bank to enable around 39,000 slum children complete primary education as well as provide pre-vocational training to 8,500 school-dropped out youths in Cox’s Bazar. This additional financing to the Second Reaching Out of School Children (ROSC II) Project will support poor children aged between 8- to 14-years in eight city corporations to complete primary education cycle. This will also help vulnerable out-of-school local youth and adolescents in Cox’s Bazar to complete three-month courses in pre-vocational and enterprise development training.

“The pandemic has disproportionately impacted the education of children from the poor households,” said Mercy Tembon, World Bank Country Director for Bangladesh and Bhutan. “The additional financing will help the slum children and the vulnerable youths build the foundations for better opportunities.” About 690,000 children—almost half of them are girls—studied in the learning centers, known as Ananda Schools in the poorest Upazilas. The project has also set up around 1,300 Learning Centers in slums of 8 city corporations, including Dhaka, where about 48,000 children are enrolled. At Ananda Schools, a single class teacher teaches the students until they are ready for the Grade 5 examination, allowing the poor children to proceed to the secondary schools.

“Bangladesh government is committed to ensuring education for all. Today, almost all children in Bangladesh steps into a school,” said Fatima Yasmin, Secretary, Economic Relations Division, Government of Bangladesh. Since 2019, the ROSC II project expanded its coverage to provide learning opportunities and psycho-social support to about 350,000 Rohingya children in Teknaf and Ukhia Upazila in Cox’s Bazar. Further, 16,500 Bangladeshi youths have received skills training and job placement support. The agreement was signed by Fatima Yasmin and Mercy Tembon on behalf of the Government and the World Bank, respectively. The credit from the World Bank’s International Development Association, has a 30-year term, including a five-year grace period. The World Bank was among the first development partners to support Bangladesh following its independence. Since then, the World Bank has committed more than $33.5 billion in grants, interest-free, and concessional credits to the country.