We are helping India significantly in its fight against COVID: Biden 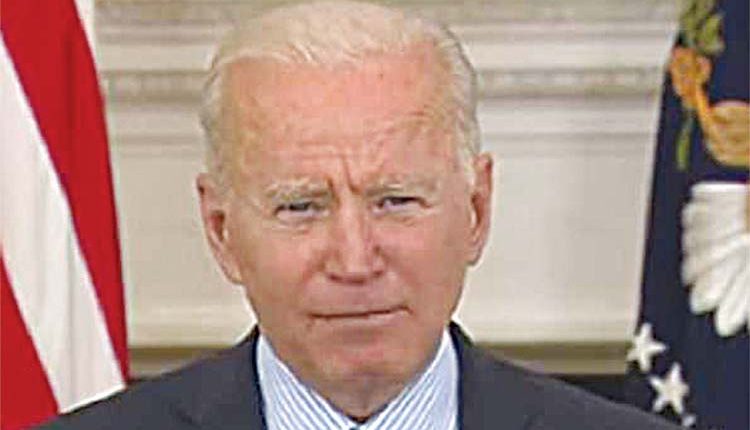 Washington, May 5 (FN Agency) US President Joe Biden on Tuesday said that the US was helping India significantly in its fight against Coronavirus by sending it material, machine parts and oxygen. “We’re helping Brazil–we’re helping India significantly. I spoke to Prime Minister (Narendra) Modi. What he needs most is he needs the material and the parts to be able to have his machines that can make the vaccine work. We’re sending them that. We’re sending them oxygen. We’re sending them a lot of the precursors. So, we’re doing a lot for India,” Mr Biden told reporters at the White House.

He was responding to a question during the press conference at the White House. “With regard to the AstraZeneca vaccine, which we had, we have sent that vaccine to Canada and to Mexico. And there are other countries that we’re talking to now. As a matter of fact, I talked to a head of state today. I’m not prepared to announce who else we’ll be — we’ll be giving the vaccine to. But we are going to, by the Fourth of July, have sent about 10 per cent of what we have to other nations, including some of the ones you mentioned,” Mr Biden further added. While talking to reporters, The White House Press Secretary Jen Psaki said at the request of India, United States Agency for International Development (USAID) provided needed supplies to the Indian Red Cross to ensure they reach those most in need as quickly as possible.

“So six air shipments, funded by USAID, have departed the United States, five of which have already arrived in India. These flights include health supplies: oxygen and oxygen supplies, N95 masks, rapid diagnostic tests, and medicine. And these are a lot of the components that the Indian government has expressed a vital need for. More flights are on the way, with total assistance expected to exceed $100 million,” Ms Psaki said. In terms of oxygen support, which as you all know is a big component of what they need right now — we’re talking about oxygen cylinders. So USAID delivered approximately 1,500 cylinders that will remain in India and can repeatedly be refilled at local supply centers, with more planeloads to come, she added. USAID has sent approximately 550 oxygen concentrators to obtain oxygen from ambient air. And USAID has also delivered a large-scale unit to support up to 20 patients each of an oxygen generation unit, she said. She further said that they have directed its own order of AstraZeneca manufacturing supplies to India, allowing India to make over 20 million doses.

Five criminals involved in series of lootings held by CP