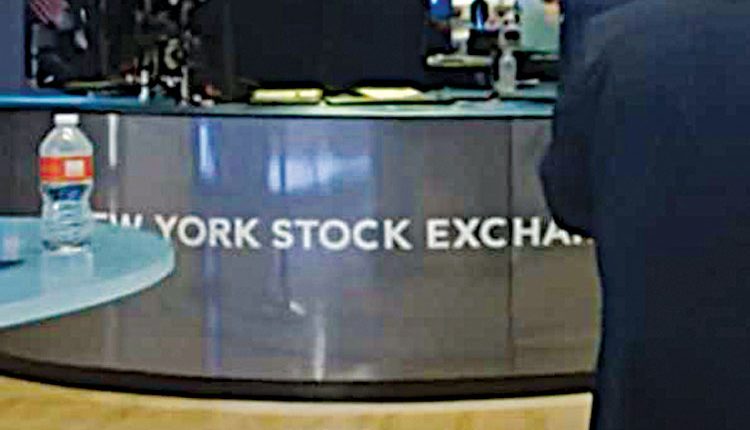 New York, Jul 17 (Agency) Wall Street’s stock indexes snapped a three-week winning streak, with the technology-heavy Nasdaq Composite particularly falling its hardest since May, as investors sold on concerns the market was overvalued amid talk the US economic recovery may be overhyped. Friday’s slump, especially, was unexpected, given that it came on the back of a rebound in US retail sales after May’s slide and after a better-than-expected start this week to the corporate earnings season.

“One thing that was very clear this week is that pricing pressures are not easing,” Ed Moya, analyst at New York’s OANDA brokerage, said, referring to the concerns about stock overvaluations. “COVID-19 concerns still linger and the economic outlook is not as bright as it was just a few weeks ago.” The Dow Jones Industrial Average, the broadest US equity barometer on the New York Stock Exchange, fell almost 300 points on the day to close down 0.8 percent on the day at 34,688. The Dow lost 0.5 percent on the week for its sharpest slide in five weeks.