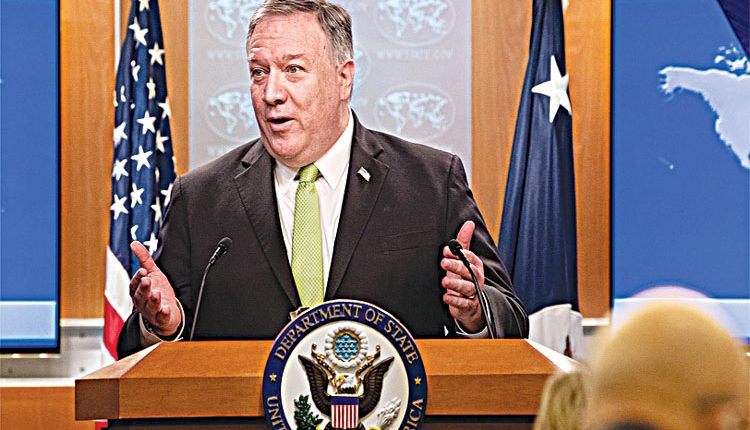 Beijing, Apr 1 (Agency) US threats to cancel the special status of China’s Hong Kong region will not hinder the territory’s development, Hua Chunying, the Chinese foreign ministry spokeswoman, said on Thursday. On Wednesday, US State Secretary Anthony Blinken said that he certified to Congress that Hong Kong does not deserve its special status it was afforded under US law. He mentioned that many Chinese actions toward Hong Kong contradict Beijing’s promises to provide Hong Kong with autonomy, freedoms and democratic institutions.

“The report, published by the US, does not take into account proved facts, there are irresponsible statements concerning Hong Kong and baseless criticism of China’s central government and the Hong Kong Special Administrative Region’s government. The report is a rude interference into China’s internal affairs. Beijing decisively opposes this and expresses its utmost discontent.” the spokeswoman said during the briefing. She said that either “US canceling or threat to cancel the so-called ‘special status’ cannot stop Hong Kong’s development and prosperity”. The spokeswoman added that this step cannot impede Hong Kong’s integration with the rest of China, mentioning that “Hong Kong is Chinese Hong Kong, Hong Kong’s affairs are exclusively the internal affairs of China, no foreign state has a right to interfere.”

Tap water sampled across US contaminated with arsenic, lead, other chemicals