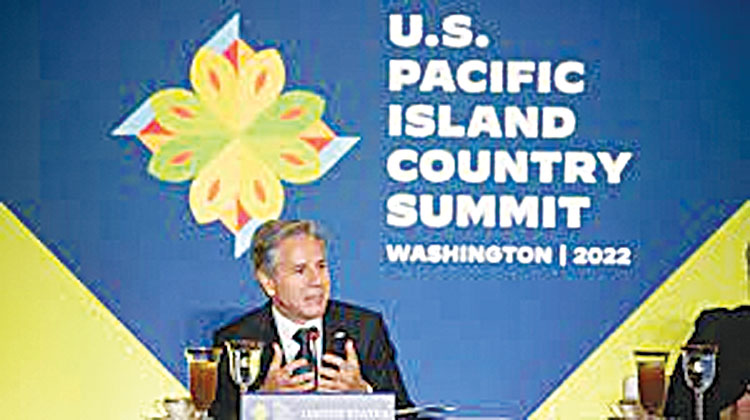 Washington, Sep 30 (Agency) The US has struck a partnership agreement with Pacific island nations amid concern in Washington over growing Chinese influence. It also announced $810m in financial support and said it would recognise Niue and Cook Islands as sovereign states, BBC reported. Fourteen nations signed the deal including the Solomon Islands, after reports said its leader would not sign. The region has strategic importance as the gateway to Asia from the Pacific. Its location and its need for assistance, particularly to help it deal with the impact of climate change, has triggered a battle for influence – with China keen on playing a prominent role.

In June, Beijing proposed a sweeping trade and security deal with 10 countries in the region. But it was shelved after many of the countries declined to sign. Washington’s 11-point declaration covers matters from security to climate change. The White House said the deal came amid an “increasingly complex geopolitical environment”. “The security of America, quite frankly, and the world depends on your security, and the security of the Pacific Islands,” said US President Joe Biden during the two-day meeting — the first time Pacific nations had been invited to Washington for an in-person summit. Much of the new US funding is in the form of a 10-year package to clean up dirty waters in the South Pacific.