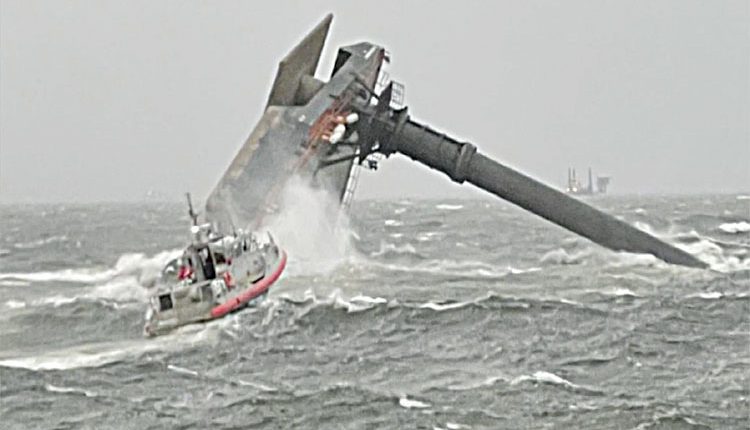 Washington, Apr 20 (Agency) The US Coast Guard has suspended searches for the missing people from the Seacor Power liftboat, which capsized in the Gulf of Mexico near Louisiana last week, after confirming 5 deaths, New Orleans sector commander Capt. Will Watson said. “Of the 19 passengers and crew … 5, unfortunately, have been recovered deceased and 8 persons remain missing,” Watson said at a press conference.

The coast guard said in a statement that its boat and aircrews, as well as “local agency crews and good Samaritans,” searched for survivors for a total of 175 hours and covered more than 9,200 square nautical miles. “The Coast Guard is suspending its search Monday for the remaining missing Seacor Power lift boat crewmembers 8 miles south of Port Fourchon,” the statement read. The coast guard received a distress signal from Seacor Power on April 13. The commercial vessel with 19 people on board is believed to have capsized. Six people were rescued later that same day.