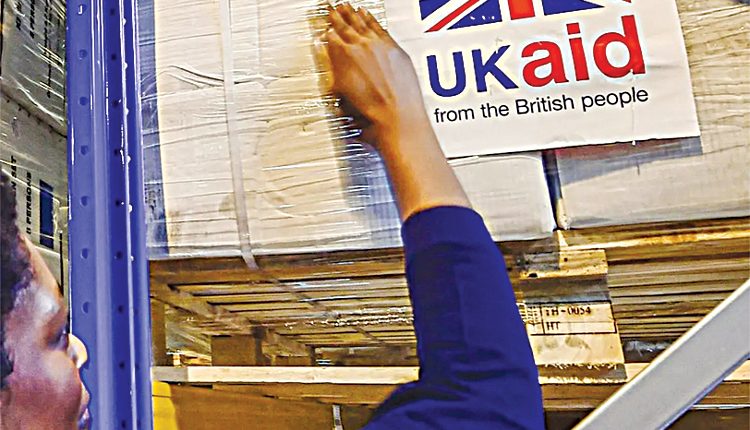 London, April 22 (FN Representative) The UN Children´s Fund (UNICEF) joined on Thursday hundreds of the UK´s charities and aid organizations in voicing concern following official confirmation that the UK government intends to cut annual aid to developing countries from 0.7 percent to 0.5 percent of its national income to cope with the economic impact of the COVID-19 pandemic. “Announcements on cuts to UK aid made this week are of serious concern to the UK Committee for UNICEF (UNICEF UK),” Joanna Rea, Director of Advocacy at the UK Committee for UNICEF, said. According to the official, for every pound cut, children living in some of the world’s worst crises and conflicts could suffer the consequences.

“While the Government has given reassurance that the aid budget will return to 0.7%, the long-term impact of this reduction is unclear. Failing to commit to a timeframe leaves lifesaving programmes hanging in the balance,” she added. In a written statement to Parliament on Wednesday evening, the UK foreign minister set out the allocations for the overseas development assistance spending for 2021-22, confirming the Conservative government´s decision to slash 0.2 percent of its annual foreign aid commitment. Although Dominic Raab did not give details about which countries or aid programs would be affected by the cuts, the Independent newspaper claimed to have seen a leaked document suggesting that Syria, Somalia, the Democratic Republic of the Congo, Libya, Nigeria and the Lebanon are all poised to lose more than half of their funding.

Following the foreign secretary´s statement, more than two hundred UK charities and aid organizations accused the government of delivering a “tragic blow to many of world´s most marginalized people.” “The government has not even spared countries ravaged by humanitarian crisis, disease, war and poverty,” the statement jointly signed by Save the Children, Oxfam, ONE, Christian Aid, Care International and The HALO Trust, among other groups, said. Meanwhile, Labour lawmaker and chair of the hair of the House of Commons’ International Development Committee Sarah Champion criticized Raab for “sneaking out” the written statement at the end of the day. In November, 2020, UK Finance Minister Rishi Sunak first announced a reduction in the UK aid budget from 0.7 percent to 0.5 percent of the country’s income, citing the negative impact of the pandemic on the country’s economy.