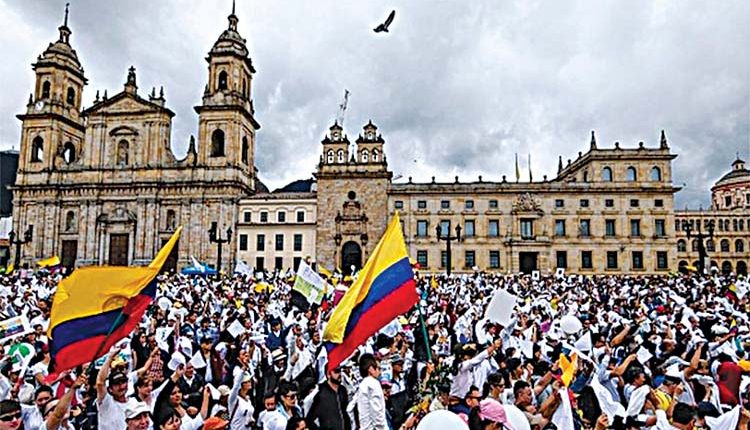 Moscow, May 4 (Agency) The Office of the UN High Commissioner for Human Rights (OHCHR) expressed concerns on Tuesday over Colombian police using excessive force against a peaceful protest in the city of Cali, urging for calm ahead of another rally. Residents of Cali have been protesting since last Wednesday, against an increase in gas prices and utility bills as part of a state-proposed tax reform. Despite President Ivan Duque calling the reform off on Sunday, protesters continued rallying and called for a nationwide demonstration on May 5.

“Given the extremely tense situation, with soldiers as well as police officers deployed to police the protest, we call for calm,” OHCHR spokeswoman Marta Hurtado said in a statement. OHCHR was “deeply alarmed” by police firing at protesters overnight Tuesday and expressed its “profound shock” over multiple casualties. The UN agency has been notified of at least 14 deaths, including one officer, since the start of the protests, “the majority” of which have been peaceful so far, according to the statement. Urging the Colombian government to secure citizens’ right to protest peacefully, Hurtado called on police to make sure they abide by the principles of “legality, precaution, necessity and proportionality.”