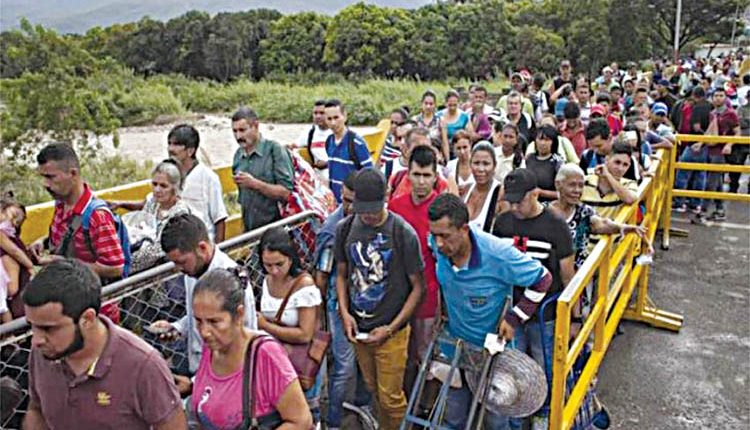 Moscow, Jun 21 (Bureau) Colombia’s migration policy represents the largest humanitarian feat in Latin America, United Nations High Commissioner for Refugees Filippo Grandi said during the World Refugee Day commemoration ceremony in Bogota, thanking the Colombian people for their generosity and fraternity toward Venezuelan migrants. It was the most important humanitarian gesture that was made in Latin America in the context of migration management, as well as of refugee protection management, the Colombian government cited the High Commissioner as saying on Sunday.

According to Filippo Grandi, the decision of the Colombian government to create a Temporary Statute of Protection for Venezuelan Migrants has served as inspiration for other regulatory processes, such as the one initiated in Peru, the Dominican Republic, and Ecuador. He added that these initiatives, which could benefit more than 3 million Venezuelans, should serve as a model of solidarity worldwide. In addition, Grandi expressed his admiration for the people from the community of Barranquilla, north of Colombia, that are working hand in hand with displaced people, refugees, and migrants. He said that the general message of the local authorities and the representatives of private sector was that the inclusion of people not only benefits Venezuelans in particular, but also contributes to the city growth in general.

Finally, Grandi extended an invitation to the Government of Colombian President Ivan Duque to present the country’s experience in handling the Venezuelan migration crisis at a high-level meeting of the Global Compact on Refugees to be held in December in Geneva. With over 5 million Venezuelans now living abroad, the vast majority in countries within Latin America and the Caribbean, this has become one of the largest displacement crises in the world, with a special impact on Colombia. Colombia announced 10-year protective status for 1.7 million displaced Venezuelans in February.

Tasmanian Devils wipe out population of Penguins on Australian island