UK’s Johnson, Sunak opt to self-isolate after coming in contact with a Corona infected person 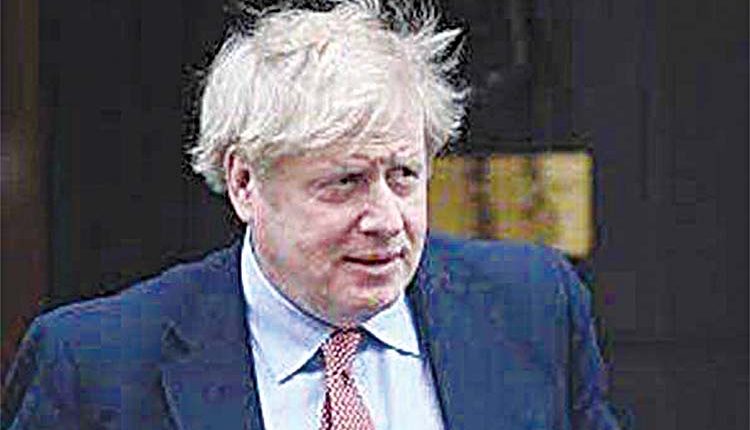 London, Jul 18 (Bureau) UK Prime Minister Boris Johnson and Chancellor Rishi Sunak will self-isolate after coming into contact with a COVID-19 infected person and will not participate in a pilot scheme envisaging daily testing for the virus instead of quarantine. Earlier on Sunday, the Downing Street said that Prime Minister Boris Johnson and the chancellor were alerted by the National Health Service COVID-19 app as contacts of Health Secretary Sajid Javid who earlier contracted the virus. The two, however, initially were not set to undergo a mandatory quarantine. Since they take part in a pilot testing scheme, it was planned that they will continue to work from Downing Street. The announcement sparked an outrage on social networks and national media, with people slamming the COVID-19 rules as unfair.

“Whilst the test and trace pilot is fairly restrictive, allowing only essential government business, I recognise that even the sense that the rules aren’t the same for everyone is wrong. To that end I’ll be self isolating as normal and not taking part in the pilot,” Sunak wrote on Twitter. National media also reported, citing a Downing Street spokesperson, that the prime minister chose to self-isolate at his Chequers country residence.

The UK’s coronavirus-related restrictions stipulate that everyone who has come into contact with those infected must self-isolate for 10 days. The pilot scheme, currently implemented in 20 companies and organizations, including the government, involves constant testing of employees in the workplace, even if they do not have symptoms of the disease but may have come into contact with the infected. Outside working hours, these employees must be at home.

If Corona vaccine supply increases in India , B’desh too will get

US delegation discusses Afghan security with President Ghani in Tashkent