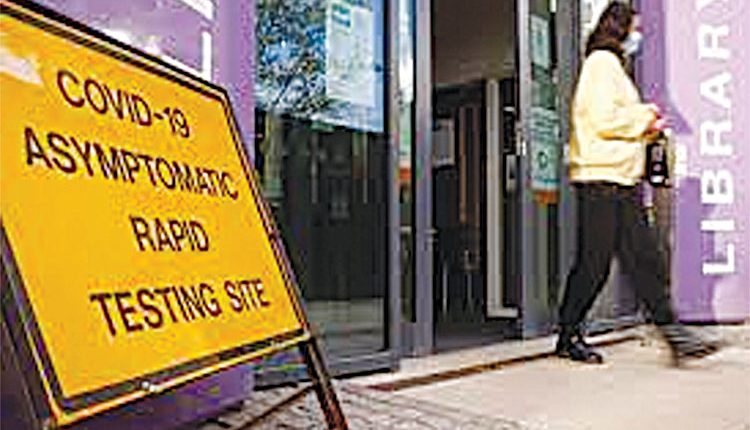 London, Jul 29 (FN Bureau) Britain has reported another 31,117 coronavirus cases in the latest 24-hour period, bringing the total number of coronavirus cases in the country to 5,801,561, according to official figures released Thursday. The country also recorded another 85 coronavirus-related deaths. The total number of coronavirus-related deaths in Britain now stands at 129,515. These figures only include the deaths of people who died within 28 days of their first positive test. Some 60,000 deaths and 22,057,000 infections have been prevented as a result of the COVID-19 vaccination program in England up to July 23, according to the latest weekly COVID-19 vaccine surveillance report published by the Public Health England (PHE).

The estimated number of deaths prevented has increased significantly since the most recent estimates were published, with the estimated number of infections prevented doubling in just two weeks. It was previously estimated that up to July 9, around 37,000 deaths and 11 million infections were prevented. “As cases have increased, the true scale of protection from the vaccine program has become clear. Everyone that has come forward for their vaccine has played a part in this vital effort,” said Jamie Lopez Bernal, consultant epidemiologist at PHE. “It remains vital that everyone gets two doses of the vaccine, to protect you and those around you from COVID-19. You must book your second jab when invited, to gain maximum protection,” said Bernal. England recently lifted most COVID-19 restrictions as part of the final step of the roadmap out of the lockdown.

Scientists have warned that lifting all restrictions at this stage could increase likelihood of dangerous variants. More than 88 percent of adults in Britain have received the first jab of COVID-19 vaccine and more than 71 percent have received two doses, according to the latest figures. To bring life back to normal, countries such as Britain, China, Russia, the United States as well as the European Union have been racing against time to roll out coronavirus vaccines.