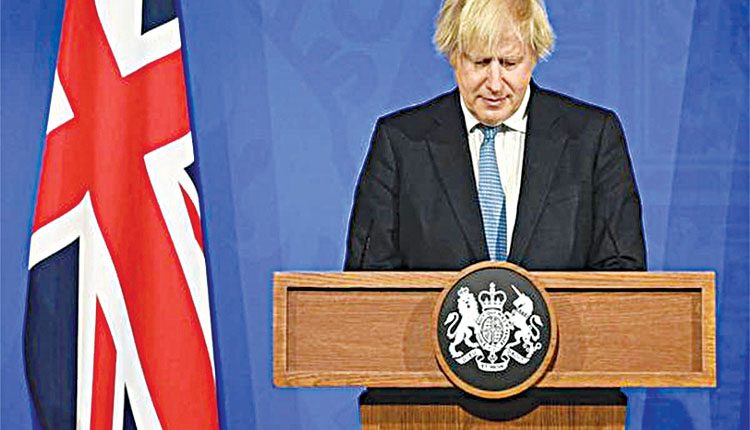 London, Apr 6 (Bureau) The UK Labour Party would likely vote against the so-called COVID-19 vaccine passports in the event the Conservative government table such proposal in Parliament, The Guardian newspaper reported on Tuesday. According to the news outlet, which cited senior anonymous sources from the party, Labour thinks the government has not clearly explained how the COVID-19 certificates would work and what their purpose and the cost to the UK taxpayer were.

During a televised press conference on Monday, Prime Minister Boris Johnson said that no decision has been made yet regarding the introduction of the vaccine passports, arguing that the government is still assessing some “complicated ethical and practical issues.” Asked if he would put such proposal to a vote in Parliament, Johnson, who had early said a vaccine passport would be “discriminatory,” said that “if there’s something to put to Parliament, I’m sure we’ll be doing that.” The idea of introducing a vaccine certificate to prove that a person has had a coronavirus vaccine, a recent negative test result or have antibodies from an infection in order to be granted access to theaters and sports stadiums is being rejected by a large number of lawmakers, including 40 Conservatives, and civil rights groups.

Labour lawmaker and shadow health secretary Jonathan Ashworth refused to say on Tuesday how his party would vote, but said that neither the ministers nor Johnson have been clear about their vaccine passport plans. “There’s a lot of confusion out there. I just want ministers to be honest and straight with us and tell us exactly what their policy proposals are,” Ashworth told Sky News broadcaster, adding that the prime minister “wasn’t able to defend it or offer any convincing answer” at Monday’s press briefing. An Ipsos Moris poll released last week showed that the majority of the UK population supports introducing the vaccine certificates for certain activities like traveling abroad, and professions, despite recognizing ethical and legal concerns.