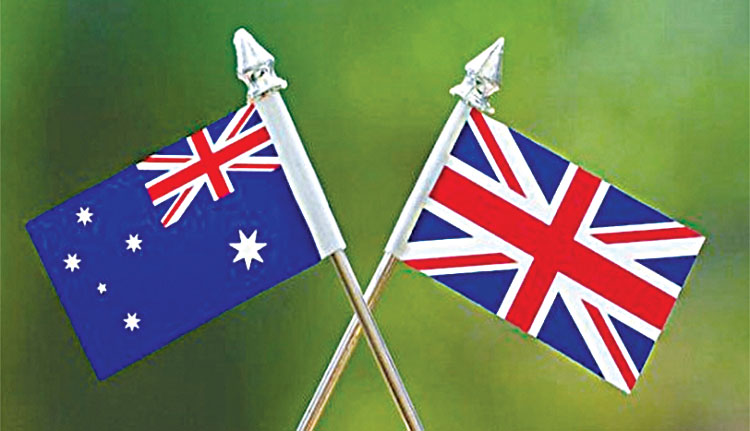 London, June 15 (Bureau) UK Prime Minister Boris Johnson and his Australian counterpart Scott Morrison agreed the broad terms of a post-Brexit free trade deal between the two countries over dinner at Downing Street, the UK media reported on Tuesday. The new in-principle trade agreement, which, according to the Financial Times, is set to be announced later on, is expected to give UK and Australian food producers and other businesses easier access to each other’s markets. However, UK farmers have raised concerns about being undercut by cheap, lower-welfare imports under a zero-tariff and zero-quota trade deal.

After leaving the EU on January 31, 2020, the UK embarked on trade negotiations around the world, in an attempt to compensate for its departure from the European bloc. So far, the UK government has inked post-Brexit trade deals with Japan, Canada, Vietnam, Singapore, among other countries, while negotiations with the United States and New Zealand still continue. It has also formally applied to join the Comprehensive and Progressive Trans-Pacific Partnership.