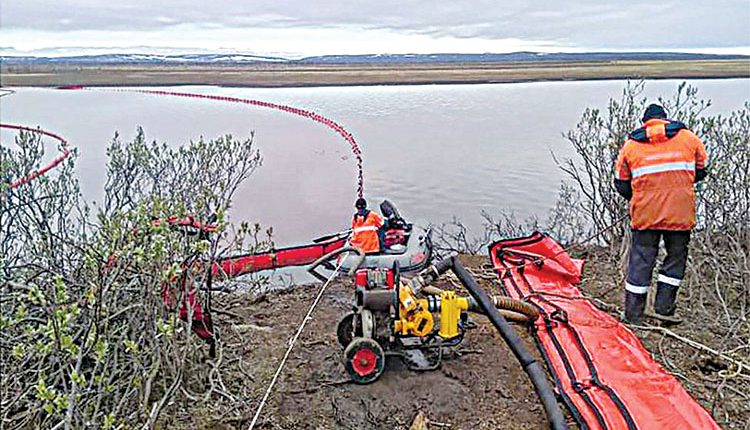 Vladivostok, Russia, Dec 28 (Agency) At least 290 gallons of petroleum liquid was spilled into sea off the coast of Nakhodka port city in Russia’s Primorsky Territory, with the cleaning works currently underway, the local mayor’s office told Sputnik on Monday. The Nakhodka authorities believe that the oil was dumped into the territorial waters by a foreign vessel. “We have collected 1,100 liters (290 gallons) of oil liquid, and the works continue,” a spokesperson for the Nakhodka mayor’s office said.

They did not specify the affiliation of the vessel purportedly behind the spill and the total area of contamination. The prosecutor’s office for transport matters in the Far East told Sputnik that the regional office of the Russian federal environmental watchdog, Rosprirodnadzor, had launched an inquiry into the spill of oil into the sea. “The source of contamination is being established. There are no grounds at this point for the intervention of the transport prosecutor’s office.

In the case if a vessel is found responsible for the spill, the Nakhodka transport prosecutor’s office will intervene and hold the perpetrator fully responsible,” a spokesperson for the agency said. The Far Eastern Ministry of Environment told Sputnik that the spill was being cleared by Kapitan Barabash oil skimmer vessel. Treatment specialists have isolated the spill area by two parallel 490-feet containment booms. The cleaning vessels have already spent 50 kilograms (110 pounds) of sorbent to collect the 1,100 liters of oil.