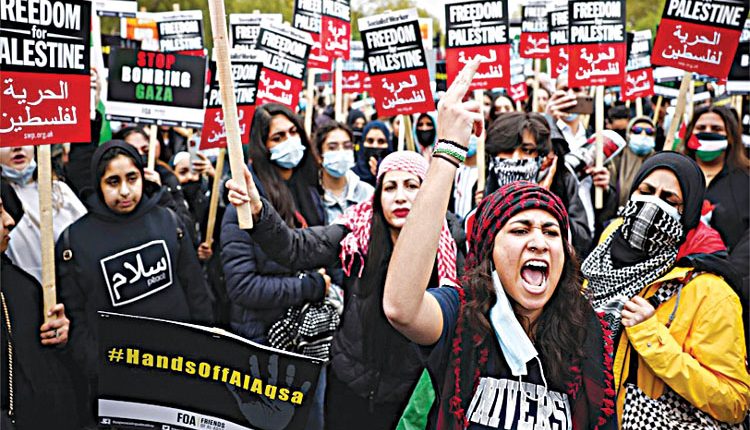 London, Jun 27 (Agency) Thousands of people in London joined a Saturday a demonstration organized by the People’s Assembly Against Austerity to protest against the UK Conservative government’s policies, demand freedom for Palestine and request urgent action to tackle climate change. “Tories out,” “Free, free Palestine,” “One world, one struggle,” and “The NHS [National Health Service] is not for sale” were some of the slogans they chanted as the crowd walked across central London towards Parliament Square.

“This march is against the government, the new police and crime bill which would make peaceful demonstrations more difficult, but also in solidarity with Palestine and the climate change rebels,” Paul Thomas, a postal worker representing the Communications Union told Sputnik. Jim, an activist from Extinction Rebellion, who, while handing out leaflet to passer byes, told Sputnik that the ecological movement had joined Saturday’s anti-government protest because “it is time to pull together.”

Death toll in surfside building collapse up to 5, 156 unaccounted for