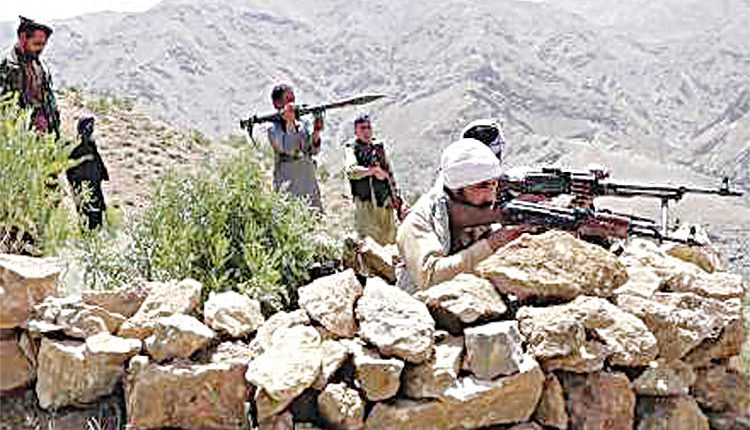 Kabul, Jun 27 (Agency) Islamist militants of Taliban succeeded in capturing five districts across four provinces of Afghanistan during the past 24 hours. These districts include Shor Tapa in Balkh, Rustaq in Takhar, Arghistan in Kandahar and Chak and Sayed Abad in Maidan Wardak province. Takhar lawmakers told Parliament that Rustaq is the 13th district of the province to have fallen to the Taliban in recent weeks.

“The Shirkhan border town is fully under Taliban control. Reports indicate that Aqina border town has also collapsed and Ai Khanum town, that shares a border with Tajikistan in Dasht-e-Qala district, fell to Taliban,” said Hamiduddin Yuldash, an MP from Takhar. The fall of strategic districts in the north, west and south has created concerns regarding the possibility of the Taliban penetrating into the commercially significant regions of the country, including the Shirkhan town in Kunduz on the border with Tajikistan. Kunduz’s provincial council and a private sector have already expressed concerns over the loss of Shirkhan’s incomes to the Taliban and warned of threats posed to other border towns – the Aqina border town in Faryab and Ai Khanum in Takhar.

“Security problems have increased recently. Sometimes the customs department and the finance ministry tries to transfer its employees from one place to another,” said Hujjat Fazli, the CEO of Harakat, an entity facilitating investment opportunities for the private sector. Tolonews quoted Khaluddin Hakimi, a member of the Kunduz provincial council urging the government to pay attention to the security of Shirkhan town. “We ask the government to pay serious attention to Shirkhan border town, to retake it,” he said Meanwhile, Marshal Abdul Rashid Dostum, former vice president, warned the Taliban that he will return to Jawzjan in the near future and will suppress the Taliban after consultation with the president.

“I will begin my work. I will suppress them. I am calling on the security forces to come to me when I arrive,” Dostum was quoted as saying. The deputy minister of interior for policy, Naqibullah Fayiq, said that the Taliban’s focus is on income-generating areas, including border towns, but pledged that these areas will be cleared of the group. He pointed out that 11 districts have been retaken from the Taliban in the last three days.