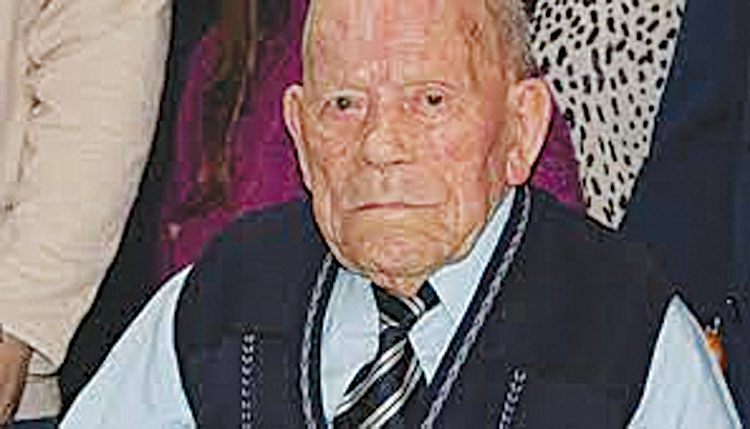 Madrid, Jan 19 (FN Agency) Santiago de la Fuente, a 112-year-old Spanish man who was recognized by the Guinness Book of Records as the world’s oldest man in September last year, died on Tuesday at home in the city of Leon in northwest Spain, his family has confirmed. Santiago was born on Feb. 12, 1909 and was close to celebrating his 113th birthday. He survived the Spanish flu pandemic that broke out in 1918 and started working in a shoe factory when he was 13 years old.

He had eight children, 14 grandchildren and 22 great-grandchildren and during the ongoing coronavirus pandemic he became the first man being vaccinated in Leon. Santiago also founded a football club in his neighborhood in Leon – CD Puente Castro, which currently has several junior teams and the club published their condolences in a message that read “the oldest man in the world, from our neighborhood and who we will always remember with all our love.”

Nepal’s Pashupatinath Temple shuts down due to rising Covid