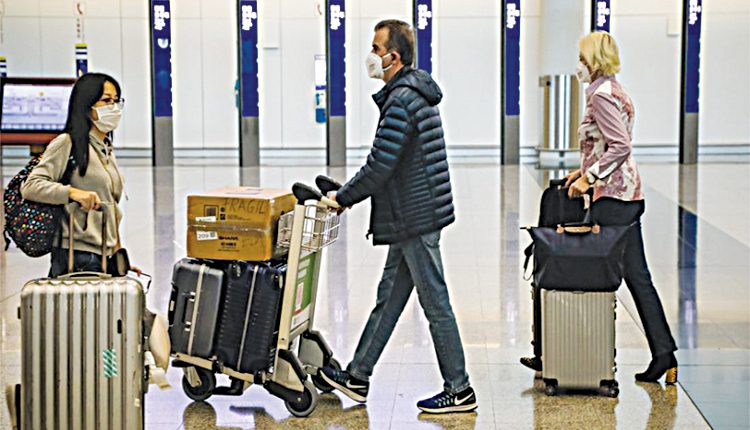 Madrid, Nov 30 (FN Agency) Spain will suspend air traffic with South Africa, Botswana and five other African countries from December 2 due to the new Omicron coronavirus strain, the Spanish Health Ministry said on Tuesday. On Monday, Madrid imposed a 10-day quarantine on those traveling from the same seven African countries. “The Council of Ministers approved on Tuesday an agreement establishing emergency measures to limit the spread and infection of the B.1.1.529 (Omicron) coronavirus variant by limiting flights between South Africa, Botswana, Eswatini [formerly Swaziland], Lesotho, Mozambique, Namibia and Zimbabwe and Spanish airports, ” the ministry said in a statement.

The measures will take effect at midnight on December 2 and will remain in place till December 15. The period may be extended if necessary. This restriction does not apply for flights carrying Spanish citizens, citizens of Andorra, those who have a permanent residence in these countries, as well as passengers who transit with a transfer less than 24 hours and without having to leave transit zones at airports, the Ministry explained. An exception is also made for special planes making a transit stop in Spain before traveling to other countries.

On Friday, Spain announced its intention to suspend flights to South Africa and Botswana over the new Omicron variant. Spanish Health Minister Carolina Darias told the TVE broadcaster that flights to other countries might be suspended as well. Spanish Foreign Minister Jose Manuel Albares said that over 200 nationals have remained in those nations, including 150 in South Africa. According to him, the Spanish Foreign Ministry is currently negotiating their return with airlines still flying to Europe. In addition, the government intends to rent a plane to return its citizens, as well as citizens of other countries of the European Union, from Mozambique. To date, Spain has confirmed one single case of the new Omicron coronavirus variant in a traveler from South Africa. Currently, two more suspected cases are being investigated.