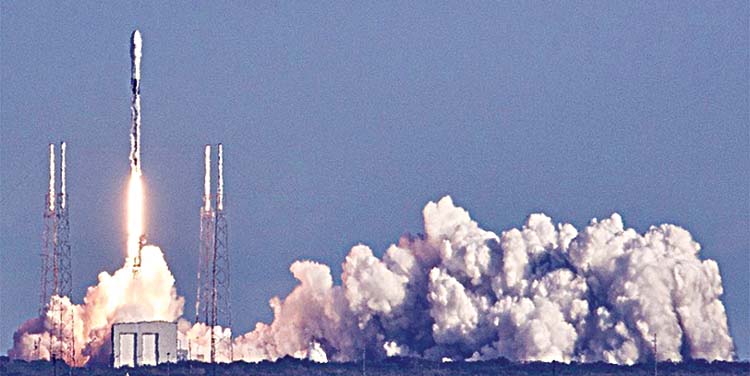 Washington, May 16 (Agency) SpaceX has successfully launched a Falcon 9 rocket with yet another batch of Starlink satellites, as well as Tyvak-0130 and Capella Synthetic Aperture Radar (SAR) satellites, the company informs. The Falcon 9 rocket blasted off from the Cape Canaveral (Kennedy) Air Force Station in Florida at 06:56 local time on Saturday (22:56 GMT). The launch was broadcast live on the SpaceX Twitter page.

“Falcon 9’s first stage has landed on the Of Course I Still Love You droneship!” SpaceX said on Twitter about one hour after the launch. Less than 30 minutes later, SpaceX confirmed the deployment of the Tyvak-0130 and Capella Synthetic Aperture Radar (SAR) satellites. The Falcon 9 rocket also launched 52 Starlink satellites into orbit on Saturday. Founded by Elon Musk, SpaceX’s Starlink satellite internet program utilizes satellites in low-Earth orbit with the aim of providing affordable access to broadband internet across the world. The first Starlink satellite was launched in 2019 and the constellation now has over 1,500 operational satellites.