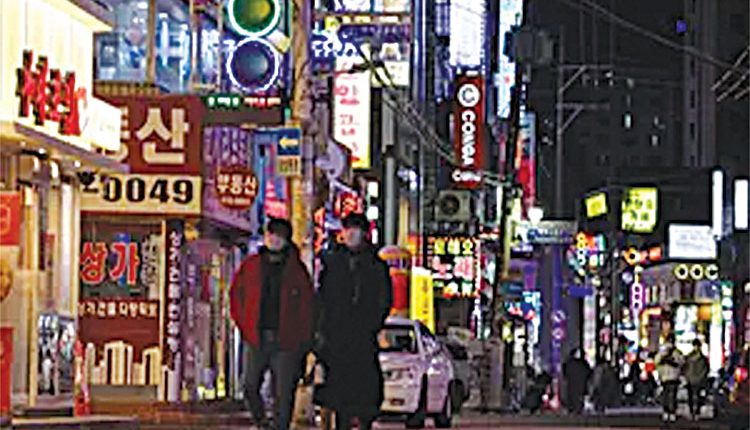 Seoul, Apr 9 (Bureau) South Korea intends to step up COVID-19 restrictions, including the suspensions of entertainment businesses as the national health authorities warn of a resurgence in the virus infections in the coming weeks, the Yonhap news agency reported on Friday. According to the data provided by the Korea Disease Control and Prevention Agency (KDCA), 671 fresh COVID-19 cases occurred in the country over the past day, marking a fall from over-700 high cases during the past three months.

However, despite the slight reduction in infection rates, the authorities warned of a possible new wave of the virus with the doubling of cases within two weeks. In this regard, they intend to shut entertainment venues, including clubs and bars in the Seoul metropolitan area and the Busan city starting Monday. However, the regional authorities would be allowed to determine their schedule of operations until 10 p.m. (13:00 GMT). “The fourth wave of virus infections, which we tried to avoid so desperately, seems to be coming closer and getting stronger,” Prime Minister Chung Sye-kyun said during a government meeting, as quoted by Yonhap.

According to the government, a 2.0 level, the third-highest in the five-stage state social distancing scheme, will remain in effect in greater Seoul and a 1.5 level of the scheme in the rest of South Korea for three more weeks to smooth out the effect of other tighter restrictions. However, the scheme level might be brought to 2.5 in the coming weeks if the daily average number of cases increases sharply. Among the other measures, the authorities are considering the closures of cafes and restaurants at 9 p.m, which is one hour earlier than the current measure. To date, the country has confirmed a total of 108,269 COVID-19 cases and 1,764 related fatalities.