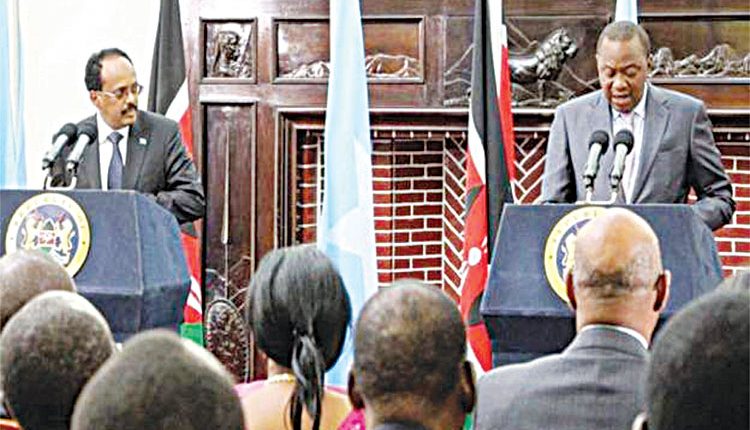 Yusuf told journalists in Mogadishu that the decision to restore diplomatic ties with neighboring Kenya which were cut on December 15, 2020, was made in the interest of good neighborliness. He said Kenyan and Somali presidents are grateful and thankful to the Emir of the State of Qatar for the mediation efforts which resulted in the restoration of diplomatic ties. There was no immediate comment from Kenya but the move comes after Kenya’s State House said President Uhuru Kenyatta on Thursday received a special message from the Amir of the State of Qatar, His Highness Sheikh Tamim Bin Hamad Al-Thani.

The Amir’s message was delivered to the President by Mutlaq bin Majed Al-Qahtani, who is the Special Envoy of the Foreign Minister of the State of Qatar for counterterrorism and mediation of conflict resolution. Somalia in December 2020 cut ties with Kenya, accusing it of violating the country’s sovereignty and interfering in the country’s political affairs.