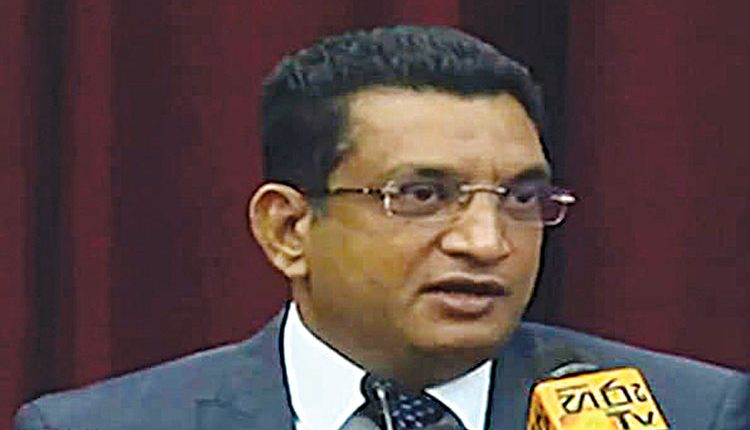 Colombo, Oct 13 (FN Agency) Sri Lanka needs to establish a credible truth seeking mechanism vis-a-vis the victims of the Tamil separatist war that ended in 2009, Foreign Minister Ali Sabry said in remarks published on Thursday. Referring to Sri Lanka’s defeat at the UNHRC vote in Geneva, he said he had reiterated Colombo’s unwavering commitment towards advancing, securing and protecting the human rights of its people.”I must say this, when it comes to war victims in the North, we must establish a credible truth-seeking mechanism within the framework of the constitution,” The Island newspaper quoted him as saying. The contours of the model have to provide relief to the families affected by the war and missing persons’ families, Sabry added. “Also, it needs to create a platform for war heroes also to present their cases in a fair trial because you can’t put all war heroes into one single pan. Collection of evidence and how it is used in investigation is critically important.

“We must soon develop an indigenous mechanism acceptable to the international community for this purpose. “What we are going to showcase at the next UNHRC sessions must be free of smoke and mirrors or else we will lose even more votes, and it will have far-reaching negative effects on the country’s credibility in terms of accountability and the obligations assumed by Sri Lanka under international human rights treaties. “Sabry made it clear that Sri Lanka’s Foreign Minister was only a marketing guy for Sri Lanka at UNHRC sessions, the Island reported. “So, I myself or any other Foreign Minister must have a product that we can sell to the international community. How can you market a product that they won’t buy? So let’s create a marketable product without procrastination.

“Human rights activists have accused successive Sri Lankan governments of doing little or nothing to bring to justice those in the military accused of killing thousands of innocent Tamils in the war against the Tamil Tigers which ended in May 2009. Speaking to journalists on a programme telecast on Hiru TV, Sabry — a former Finance Minister — said it was good that there was going to be court case on how Sri Lanka’s economy came to a grinding halt. He said the decisions taken to unrealistically hold the exchange rate, the rapid exhaustion of foreign reserves to defend the rupee and the persistent assertion on a home-grown solution to the foreign exchange crisis instead of seeking timely assistance from the IMF led to an almost empty treasury. Asked about economic decision making at present, he said: “President Ranil Wickramasinghe has extensive macroeconomic prudence and always follows the ratio of any expenditure to Gross Domestic Product and ensures that there is income to provide for any fund allocation.”

Be so ready that B’desh is never famine-struck: PM