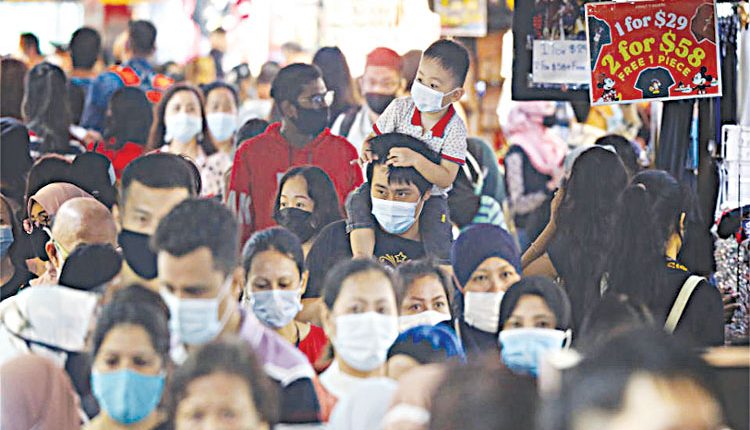 Singapore, Jul 29 (Agency) Singapore’s Ministry of Health (MOH) reported 133 new COVID-19 cases on Thursday, bringing the total tally in the country to 64,722. The new infections included 129 locally transmitted cases, of which 30 were linked to the Jurong Fishery Port cluster and two belonged to the KTV cluster. Of the new local cases, 68 were linked to previous cases and have already been placed on quarantine, while 11 were linked to previous cases and were detected through surveillance. Fifty were currently unlinked. There were four imported cases, who had already been placed on Stay-Home Notice (SHN) or isolated upon arrival in Singapore.

Three was detected upon arrival in Singapore, while one developed the illness during SHN or isolation. A total of 572 cases are currently warded in the hospital, with 30 of them in serious condition. As of July 28, Singapore had administered a total of 7,365,873 doses of COVID-19 vaccines under the national vaccination program, covering 4,278,760 individuals. As many as 3,208,556 individuals have completed the full vaccination regimen, consisting of 121,443 recovered persons who received at least one dose and 3,087,113 who received their second dose.