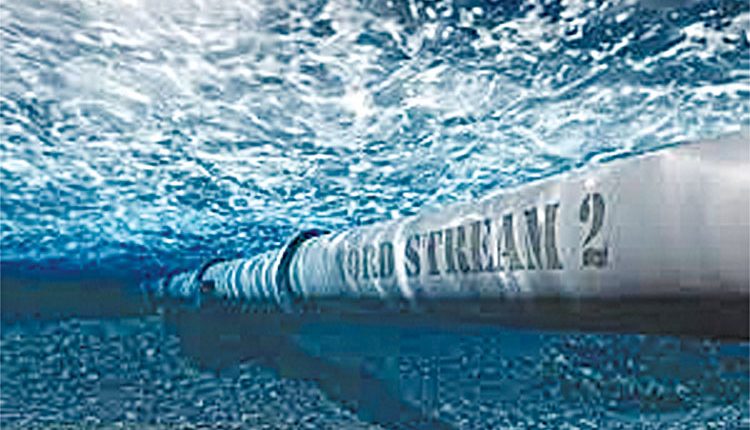 Moscow, Aug 13 (Agency) Senior Russian lawmaker Vladimir Dzhabarov said on Friday that during Chancellor Angela Merkel’s visit to Russia, the latter might discuss with President Vladimir Putin the completion of the Nord Stream 2 project, which the senator called “a victory of common sense.” On Friday, the German government said that Chancellor Angela Merkel will pay a visit to Russia on August 20, then on August 22 to Ukraine. Dzhabarov told Sputnik that the national leaders would have to discuss Nord Stream 2 as “the project is nearing completion, by the end of the year the gas pipeline should come into operation.” “This is a common victory for Russia and Germany, a victory for common sense,” the first deputy head of the international committee of the upper house of parliament, Dzhabarov, said. The senator also said that it was normal that Merkel is going to visit Russia first and then go to Ukraine.

“This is a normal phenomenon, a person ends his political career. She held the post of German Chancellor for many years, she was in excellent relations with our president. She tried to participate in the normalization of the situation in Ukraine, to be a guarantor. But it didn’t work out there,” Dzhabarov said, adding that Merkel did not want to offend Ukrainians. The Nord Stream 2 project involves the construction of a 745-mile-long offshore twin pipeline, which will supply up to 1.9 trillion cubic feet of gas per year from Russia to Europe. Russia has repeatedly stressed that this is a completely commercial project and its primary aim is to diversify energy streams to Europe. The United States initially opposed the project, promoting its liquefied natural gas in the EU, as well as in Ukraine and several other European countries. In July, Germany and the US struck a deal on the completion of the Nord Stream 2 pipeline without the threat of American sanctions. Among the conditions stipulated in the deal, Germany vows to prevent Russia from “using energy as a weapon” and to use all possible leverage to prolong Russian gas transit through Ukraine.