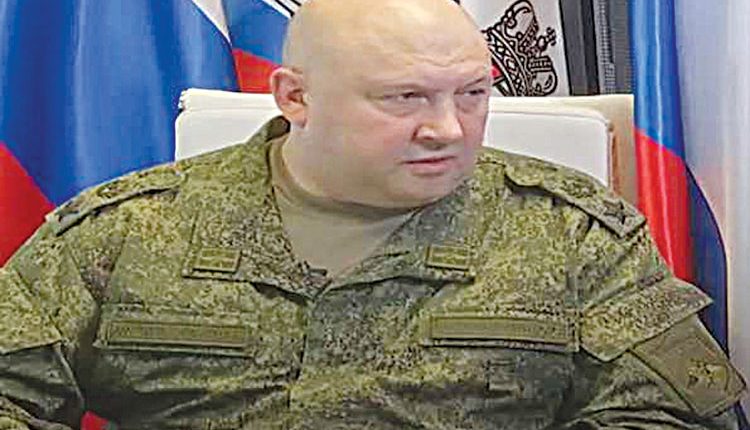 Moscow, Oct 19 (Agency) The commander of Russian forces in Ukraine says the situation in the southern city of Kherson is “difficult” and residents are to be evacuated.General Sergei Surovikin said Ukrainian troops using Himars rockets were hitting the city’s infrastructure and housing. He spoke on Russian state TV. “The Russian army will above all ensure the safe evacuation of the population” of Kherson, he said. His rare admission of big problems was echoed by a top local official, the BBC reported. Russian-installed regional official Kirill Stremousov warned Kherson residents that “in the very near future” Ukrainian troops would launch an assault on the city. “Please take my words seriously – I’m talking about evacuating as quickly as possible,” he said on the Telegram messaging service.

He added that people on the River Dnieper’s west bank (called Dnipro in Ukraine) were most at risk. This was confirmed by the region’s Governor Vladimir Saldo, who was also appointed by Russia, in a video message.Kherson was the first big city to fall to the Russians, back in February.Ukrainian forces have been steadily retaking nearby territory for the past few weeks. They have pushed as far as 30km (19 miles) south along the Dnieper, threatening to trap Russian troops, the BBC said.”As a whole the situation in the special military operation zone can be described as tense,” Gen Surovikin said.Kherson is the only Ukrainian regional capital to have been captured by the Russians in their invasion.

The Kremlin now claims Kherson and three other Ukrainian regions to be part of Russia – a claim rejected internationally.Gen Surovikin, who has a reputation for harsh methods, said Ukraine’s volley of rockets had damaged Kherson’s Antonivsky Bridge and the Kakhovka hydroelectric dam, blocking traffic along those key arteries that had created supply problems for essential services, namely food deliveries, water and electricity, he said. He also said the Ukrainians were launching constant attacks across a wide front – in the areas of Kupiansk and Lyman in the east and, in the south, on the Mykolaiv-Krivyi Rih front. The scale of the planned “evacuation” from Kherson is not yet clear. If Russia forces people to leave their homes it could constitute a war crime, under the UN’s definition, the BBC said.

Ranil as corrupt as any, says JVP