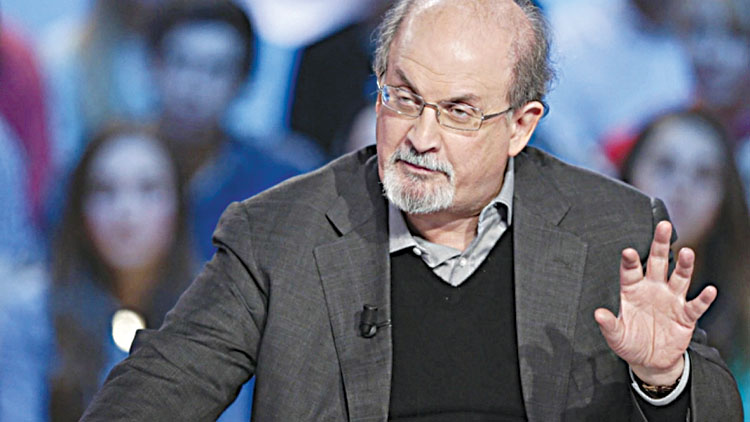 Washington, Oct 29 (FN Agency) The United States has announced sanctions against an Iranian foundation accused of putting out a multimillion-dollar bounty on British-American author Salman Rushdie, who was stabbed at a literary event in New York state in August. The US Treasury Department announced sanctions against the 15 Khordad Foundation on Friday, Al Jazeera reported. The sanctions freeze any US-based assets the foundation may have and generally prevent Americans from carrying out transactions with it. “Since Ayatollah Ruhollah Khomeini’s order pronouncing a death sentence on Rushdie in February 1989, 15 Khordad Foundation has committed millions of dollars to anyone willing to carry out this heinous act,” the department said in a news release. “Since putting its bounty on Rushdie, the 15 Khordad Foundation, which is affiliated with the Supreme Leader, has raised the reward for targeting the author,” it said. “The infamous fatwa was intended to incite terrorism and violence, bring about the death of Rushdie and his associates, and intimidate others,” Al Jazeera quoted US Secretary of State Antony Blinken as saying.

“The United States condemns such incitement and the attack on Rushdie in the strongest terms as a blatant assault on freedom of speech and an act of terrorism.” The knife attack on Rushdie two months ago resulted in an outpouring of support and calls to safeguard freedom of expression as well as criticism of the Iranian government for its history of encouraging violence against Rushdie. Khomeini, who was then Iran’s supreme leader, issued a fatwa calling for Rushdie’s assassination in 1989 over the publication of his book ‘The Satanic Verses’, which some Muslims believed to be blasphemous, the report said. The Iranian government later distanced itself from the call to kill Rushdie, who spent years in hiding due to threats against his life, but Tehran never lifted the edict calling for his assassination. Khomeini’s successor, Ayatollah Ali Khamenei, was suspended from Twitter in 2019 for saying the fatwa against Rushdie was “irrevocable”. The Treasury Department accused the 15 Khordad Foundation of putting a bounty on Rushdie’s life in 1989 and increasing it to more than $3m in 2012. Rushdie was repeatedly stabbed at the Chautauqua Institution in western New York, where he was scheduled to give a lecture. Rushdie survived but reportedly has lost the functioning of an eye and a hand. The man accused of stabbing Rushdie, Hadi Matar, 24, has pleaded not guilty to charges of attempted murder. Matar had expressed admiration for Khomeini and said Rushdie was a person who “attacked Islam” and the beliefs of Muslims.

Extremism warning ahead of US mid-term