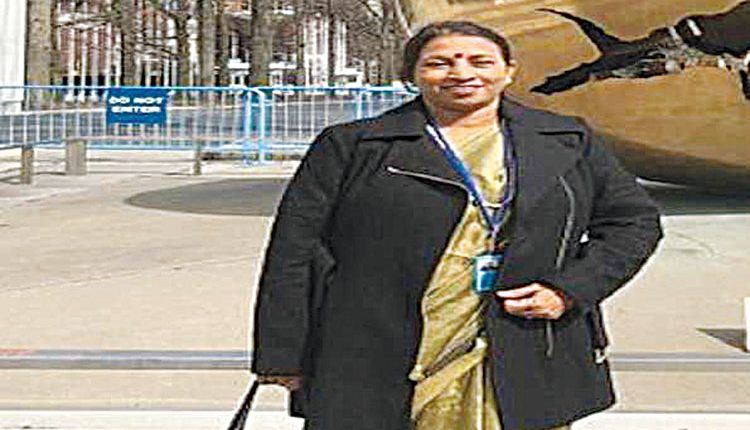 Washington/Dhaka, Oct 30 (FN Bureau) Human Rights Congress for Bangladeshi Minorities (HRCBM) welcome US resolution on Bangladesh Genocide by Pakistan in 1971. HRCBM held a press conference on Friday at the National Press Club in Washington DC to discuss the importance and implications of the bipartisan House Resolution “H. Res.1430 Recognizing the Bangladesh Genocide of 1971,” introduced before the US Congress by the Congressmen Steve Chabot and Ro Khanna on October 14, 2022, according to a statement. In her opening remarks, HRCBM’s Executive Director Priya Saha thanked Congressmen Steve Chabot (Ohio) and Ro Khanna (California) for introducing the historic resolution Re.1430 on October 14, 2022, detailed how the Pakistani government conducted one of the worst genocides in history in erstwhile East Pakistan, i.e., today’s Bangladesh over a period of nine months in 1971. She reported that the armed forces of Pakistan and their Bangladeshi Islamist allies — Jamat- E- Islami, Al-Badar Al Shams, and Razakaar militia — brutally raped over 400,000 women, slaughtered approximately 3 million unarmed civilians, and forced nearly 10 million people to leave the country and seek refuge in neighbouring India.

Her report also included the fact that the Pakistani military and its Bangladeshi Islamist allies murdered 1,111 Bengali intellectuals, to turn Bangladesh into an intellectual eunuch, and that in 2017 the Bangladesh Parliament designated March 25 as “Genocide Remembrance Day.” She concluded her statement by thanking Bangladeshi Consul General based in Florida, journalists, academics, members of civic society, and relatives of genocide victims who joined the press conference. Presenters included Professor of distinction Sachi G. Dastidar, who presented his published research on the genocide. Speaking from Dhaka, wellknown journalist and freedom fighter, Saleem Samad reported that the Pakistani Armed forces and its Bangladeshi allies Jamat-E- Islami, Al-Badar, Al-Shams, and Rajakaar militia forces employed rape as a tool of extermination in that horrible crime against humanity and urged everyone to recruit additional co-sponsors for the resolution.

Samad recalled that the Pakistani military and their Bangladeshi collaborators particularly targeted the Hindus for slaughtering. Columbia University lecturer in Bengali and General Secretary of the Bangladeshi Hindu Buddhist & Christian Unity Council, USA, Dr. Dwijen Bhattacharjya complimented both Congressmen for introducing this important resolution and pointed out that this would encourage other nations to recognise the Bangladesh Genocide of 1971. S M Alam, Consul General of Bangladesh in Florida appreciated Congressmen Steve Chabot and Ro Khanna for introducing the resolution and requested the members of the Bangladeshi diaspora to engage with other legislators to support the bill. President of ISPAD and community leader Dilip Nath appreciated the two lawmakers for bringing this resolution in the United States Congress.

He also urged the members of the Bangladeshi community in the U. S. to work hard for getting this important resolution adopted. Razzak Baloch, Organizer, Baloch Human Rights, praised Congressman Steve Chabot and Congresswoman Ro Khanna and condemned the Pakistani army for the genocide it conducted in Bangladesh in 1971. He also pointed out that Pakistani army is still training terrorists and supplying them around the world. He expressed hope that someday soon, Baluchistan would also gain independence from Pakistan like Bangladesh did. Upon supporting the legislation, Munawar Laghari, the Executive Director of Sindhi Foundation, mentioned that Pakistan is currently conducting a genocide against the Baluchis, and Sindhis like it did in Bangladesh in 1971. This press conference was moderated by Adelle Nazarian, Media Fellow GIIS Communication and Legislative Director of the Hindu Pact. She urged all the Bangladeshi human rights activists living in the US to request their local representative to support the H. Res. 1430 of October 14, 2022.

Determined to bring transparency, accountability and inclusiveness in the governance: LG

153 killed in Halloween stampede in SKorea