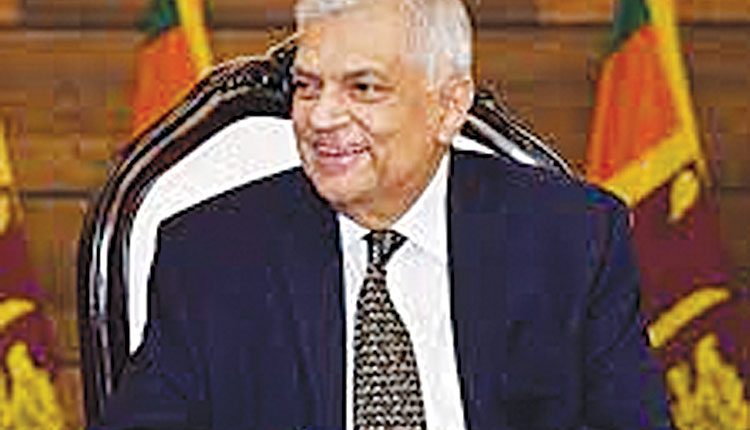 Colombo, Oct 20 (FN Agency) Amid growing criticism, Sri Lankan President Ranil Wickremesinghe has justified a hike in income tax for both corporates and individuals, saying it was for the greater good of the country and critical to garner much needed financial support from the international community. In an address to the nation, the President said the International Monetary Fund (IMF) with which the government has signed a Staff Level Agreement for a $2.9 billion four-year financial support, advised the need for a surplus in Sri Lanka’s primary budget, the Daily FT reported on Thursday. “It was agreed to since the country needs the support of the IMF,” he was quoted him as saying. “It was also decided to increase the country’s income from 8.5 per cent to 14.5 per cent of the GDP. However, it is a difficult task to accomplish immediately, it is envisaged to achieve this by 2026. “Initially, a decision had to be taken on the manner in which the income is to be increased. Money was printed due to the decrease in income. During the past two years, Rs. 2,300 billion has been printed, resulting in inflation rising to 70-75 per cent and even more in respect of food inflation,” he said. Wickremesinghe said these increases need to be controlled, while securing income.

Therefore, during the discussions with the IMF a new tax system was proposed. The IMF informed that even the export industries would be required to pay taxes. The IMF pointed out that in countries with an export economy, the related industries were liable for tax. The IMF also upheld that Sri Lanka’s primary export economy is based on the plantation industry. During British rule, taxes were charged from every plantation sector, including tea, coconut and rubber. Therefore, if the country has to move towards that goal, taxes will have to be paid. The export sector has now questioned this aspect and the related concerns are to be submitted to the IMF. Referring to the issue of higher personal income taxation, the President said the majority of tax revenue was through indirect taxation. The majority of the country’s citizens, even those below the poverty line, had no choice but to pay indirect taxes, the President said. The direct tax revenue was 20 per cent and 80 per cent has been derived from indirect taxes. The IMF had reservations in this regard and said the amount of tax obtained through direct taxes should exceed 20 per cent.

The IMF noted that otherwise this would not be successful and ordinary citizens would need to pay taxes, the President said. Therefore, the Treasury and the IMF discussed the possibility of limiting the taxation from those who have an income of Rs. 200,000, which did not materialise. Eventually, this resulted in the decision to levy income tax on people earning over 100,000. This has become a vital concern amongst citizens. But without this tax system, the desired goal will not be achieved. The agreed goal is to achieve 14.5-15 per cent of Gross Domestic Product (GDP) revenue by 2026, Wickremesinghe said. If Sri Lanka withdraws from this programme, IMF assistance will not be received. Without IMF certification, the support of institutions such as the World Bank, Asian Development Bank, and the countries that have supported financially will not be forthcoming. Then, Sri Lanka will be back to the era of queues, he warned. In his address, Wickremesinghe also said the Government was ready to implement prudent economic management after successful debt restructuring.

He noted that it was not possible to strengthen the economy without increasing the revenue of the country, which will compel him to reluctantly make tough decisions in order to rebuild the nation. The President pointed out how in November 2019, the country’s taxes were drastically reduced, reducing the government revenue to 8.5 per cent. This was when the IMF set aside the agreements with Colombo and declared that it was unable to provide the agreed assistance. “That year the government lost approximately Rs. 600-700 billion as revenue. Simultaneously, the country had to face the Covid-19 pandemic. These issues are the main factors that led to the collapse of Sri Lanka’s economy. “The country at this juncture is facing a difficult period. Expectedly tough decisions have to be taken during these difficult times. I undertook this challenge when no one else was willing to come forward.”