Putin is not bluffing about nukes, says EU 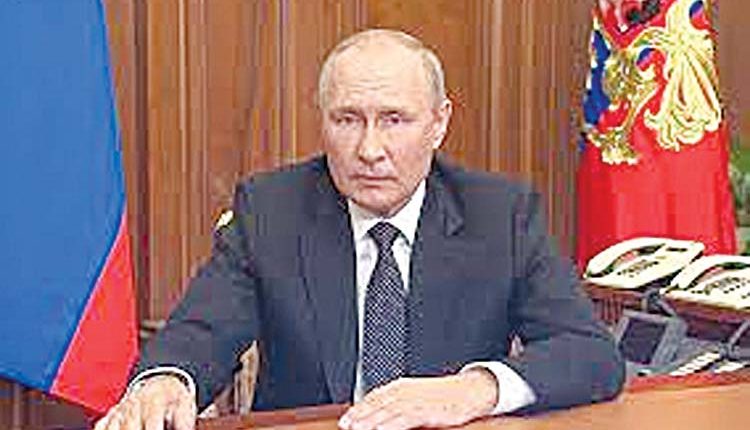 London, Sep 24 (Agency) The EU must take Vladimir Putin’s threats seriously as the Russian President could use nuclear weapons in the conflict in Ukraine, the bloc’s foreign policy chief Josep Borrell told the BBC hinting that the war has reached a “dangerous moment”. Borrel’s remarks come as Russia begins a partial mobilisation and moves to annex four regions of Ukraine as it moves ahead with a referendum.Putin has faced setbacks on the battlefield, with his forces pushed back by a Ukrainian counter-offensive, the BBC said quoting the EU official. “Certainly it’s a dangerous moment because the Russian army has been pushed into a corner, and Putin’s reaction – threatening using nuclear arms – it’s very bad,” Borrell said. In a rare address to the nation earlier this week, Putin said his country had “various weapons of destruction” and would “use all the means available to us”, adding: “I’m not bluffing”.

“When people say it is not a bluff, you have to take them seriously,” Borrell said.In the same speech Putin announced the call-up of 300,000 Russians who have done compulsory military service, sparking protests and reports of people fleeing the country to avoid being sent to the front line.Borrell dismissed concerns that the EU’s arms supplies were running low, and said it must continue providing military support to Ukraine, as well as applying economic sanctions against President Putin and his allies and conducting diplomatic activity. Borrell called on Putin to play his part in reaching a negotiated solution, saying “in order to dance the tango, you need two”. “Everybody who has gone to Moscow, to the Kremlin to talk to Putin, they came back with the same answer, ‘I [Putin] have military objectives, and if I don’t get these military objectives I will continue the fight.’ This is certainly a worrisome direction, but we have to continue to support Ukraine,” Borrell said.