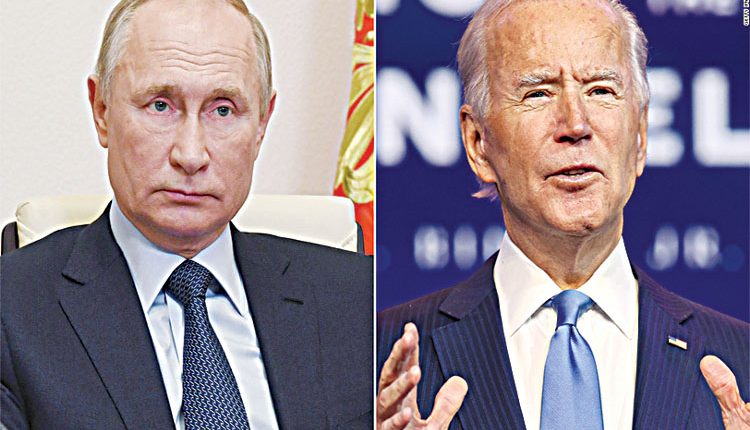 Washington, June 15 (FN Bureau) The upcoming meeting between Russian President Vladimir Putin and US leader Joe Biden is a very positive development with the prospect of the summit leading to common ground if both sides reach out to each other, Sean O’Keefe, a US government official who served in the administration of both George H. W. Bush and George W. Bush said. The leaders are to meet in Geneva on June 16 to discuss a wide range of bilateral issues, including global strategic stability and arms control.

“Absent dialogue between the Presidents, tensions between the two nations would surely have increased. Convening a summit is a very positive development and hopeful sign that there will be an understanding of views. If so, that opens a search for common ground that is cause for optimism,” O’Keefe said. When asked if the leaders are to establish new treaties or at least discuss the possibility thereof, he replied that they would perhaps be “opening doors” to the prospect of new or renewed discussions. “Given the departure from the Alliance leadership role by the last US Administration, our NATO allies are justifiably skeptical of the American capacity to reestablish a consistent policy as a reliable NATO partner. But it’s clear that President Biden is intent of shoring up US relations and demonstrating the restored US resolve,” he said. O’Keefe served as a comptroller of the US Defense Department from 1989-1992, US Secretary of the Navy from 1992-1993 and the Administrator of NASA from 2001-2005. He is now a university professor at Syracuse University Maxwell School.