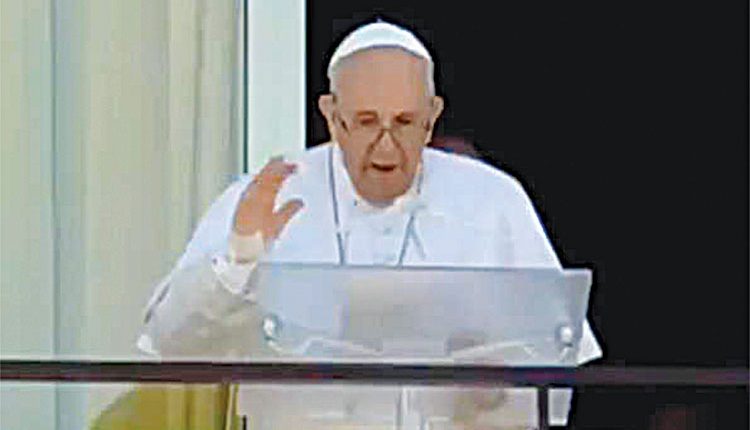 Rome, Jul 11 (Bureau) Pope Francis on Sunday made his first appearance since his intestinal surgery and spent some time addressing the public from the balcony of the Agostino Gemelli Hospital in Rome. Pope Francis usually says his Sunday prayer from the window of the Vatican Apostolic Palace, but last week’s surgery prompted a change of plans. Even though the Pope seemed tired, he was visibly pleased, too, as he greeted the crowd, which, in turn, showered him with applause and screams of joy.

“I would like to thank all of you. I really felt you being close and the support of your prayers. A heartful thank you,” the Pope said. He thanked doctors, medical workers and all hospital staff who had been working tirelessly during the time of the COVID-19 pandemic. The Pope remarked on the importance of affordable healthcare. “We cannot lose this percious benefit. It must be preserved,” the Pope said. Last Sunday, the Holy See said that Pope Francis had undergone elective colon surgery at the Agostino Gemelli Hospital in Rome. On Monday, the editor of the Director of the Holy See Press Office Matteo Bruni said the operation lasted three hours and a Vatican spokesperson added that Pope Francis would have to stay at the hospital for seven days unless complications arise. Since his election to the Apostolic throne in March 2013, Pope Francis rarely sought medical help and the last surgery he underwent was a cataract surgery in 2018.