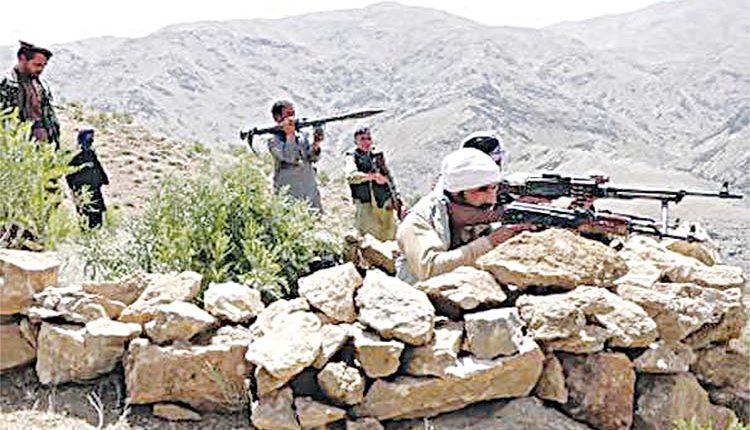 Kabul, Jul 18 (Agency) Pakistan is extending extensive support to Taliban which is trying to capture power in Afghanistan and has sent hundreds of Army personnel and thousands cadres of Lashkar-e-Taiba (LeT) terror outfit to fight alongside the extremist group against the government forces, according to security and intelligence inputs from the war-torn nation. In the recent weeks, Taliban has massively intensified its military campaign to seize control of Afghanistan through force while the US is completing its withdrawal from the country after 20 years.

Taliban, a known proxy of Pakistan, has been claiming to have made military gains in several districts and provinces of Afghanistan. According to the assessment of Afghan intelligence services, around 300 personnel of Pakistani Army and its notorious intelligence agency ISI, including officers, are in Afghanistan. They are guiding Taliban and fighting alongside it against the Afghan government forces, sources in Afghanistan intelligence told. Recently, the Afghan defence forces recovered Pakistani I-cards from a number of enemy fighters killed in a clash. According to the sources, there are also dozens of retired Pakistani military officials, including the rank of Lt General, in Afghanistan and they are helping Taliban in strategising their operations.

This information comes against the backdrop of a statement by Afghanistan’s First Vice President Amrullah Saleh that Pakistan is actively supporting Taliban and Pakistan Air Force recently warned Afghan Air Force against conducting any aerial operation against Taliban in Kandahar. According to the estimates, Pakistan has also sent over 7000 cadres of Lashkar-e-Taiba (LeT) terrorist group to Afghanistan to fight alongside the Taliban. They are mainly concentrated in the North and North East of Afghanistan. Most of the operations of the Taliban are being guided by ISI, which is directing seizure of check posts leading to Pakistan, the sources said.

“It has been found that the operations targeting the check posts are being carried out by the Pakistani special forces in the darkness of night in an attempt to keep their identity hidden and portray the attacks as the ones carried out by the Taliban,” a source said. There are also inputs about the Taliban terrorists planning to target major dams of Afghanistan, especially the Salma Dam which has been built by India. The Salma Power-cum-Irrigation project, called the Afghan-India Friendship dam, was opened in 2016. It has water storage capacity of 640 million cubic meters and an irrigation capacity of 2,00,000 acres. Iran is also giving equipment to Taliban but not forces, the sources said.

‘Youth is our demographic dividend’, govt fulfilling their aspirations’