Nepal’s Pashupatinath Temple shuts down due to rising Covid 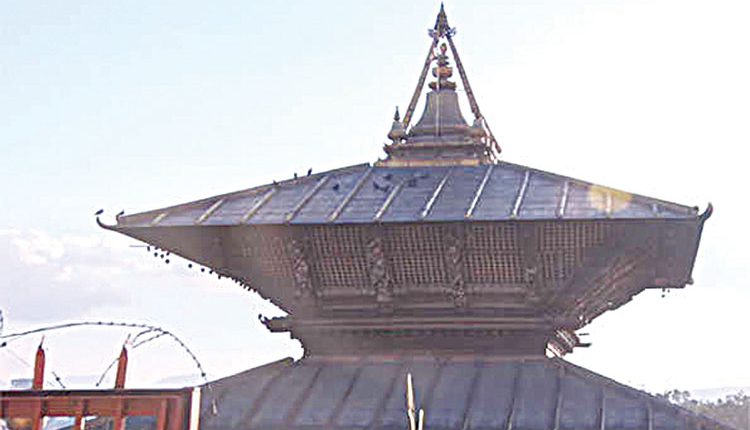 Kathmandu, Jan 19 (FN Agency) The revered Pashupatinath Temple in Kathmandu has been shut down for devotees from Wednesday due to the rising Covid-19 cases. According to the Pashupati Area Development Trust (PADT), the Hindu holy shrine dedicated to Lord Shiva has been closed for the public until further notice. Pashupatinath Temple as well as other shrines on the premises such as Guhyeshwari and Chandrabinayak among others were drawing large gatherings of devotees lately, posing threat of transmission of Covid-19.

However, regular worship, ‘arati’ and other rituals will continue at the shrines during this period by adhering to health safety measures. All other services at the Pashupatinath Temple such as special puja, bhajan singing have been closed as per the decision of the government to prevent and control the spread of Covid, the media reported. On Tuesday, Nepal reported 10,258 new cases of Covid-19, the highest recorded in a single day since the start of the pandemic. Kathmandu Valley alone saw 5,549 positive cases in the past 24 hours, which is over 54 percent of the national tally. Of these, 4,004 cases were confirmed in Kathmandu, 975 in Lalitpur and 570 in Bhaktapur. According to the Health Ministry, the countrywide death toll has reached 11,624 and the number of active cases stands at 39,044. The three District Administration Offices of Kathmandu Valley have imposed a slew of restrictive measures, including banning the gathering of more than 25 people, and only vaccinated people are allowed to go to public places and get services from January 21.

Authorities have also closed cinemas, gyms, clubs and swimming pools. All kinds of functions and gatherings that attract huge crowds have been restricted. The Pashupatinath Temple was closed for devotees toward the end of March 2020 when the first wave of Covid hit. The temple was reopened after nine months, towards mid-December 2020 and devotees as well as temple authorities were made to adhere to health safety protocols. During the second wave last April, the temple authorities closed the temple due to the risk of the Delta variant. The temple was reopened after nearly five months when the number of cases began to decline in the country. With the Omicron variant becoming pervasive, the PADT decided to close the Pashupatinath Temple for devotees until further notice.