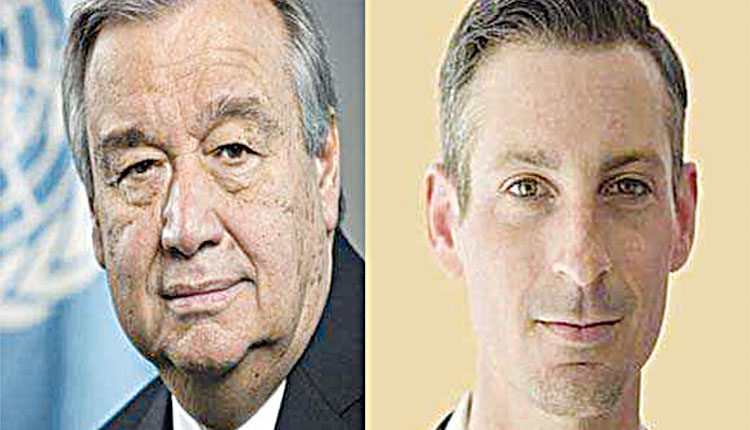 Washington, Feb 21 (FN Agency) The United Nations and the US State Department have both condemned the Myanmar’s military rulers for their reported use of force against protesters. US State Department Spokesperson Ned Price took to Twitter on Saturday to say “We are deeply concerned by reports that Burmese security forces have fired on protestors and continue to detain and harass demonstrators and others in Burma [Myanmar]. We stand with the people of Burma,” As per reports by the Myanmar Now news outlet, at least two protesters were killed and several others injured on Saturday after Myanmar’s police resorted to the use of live ammunition during a demonstration in the city of Mandalay. UN Secretary General Antonio Guterres also expressed his disapproval of the millitary’s hard stance and defended people’s right to assemble peacefully, he wrote on Twitter “I condemn the use of deadly violence in Myanmar.

The use of lethal force, intimidation & harassment against peaceful demonstrators is unacceptable. Everyone has a right to peaceful assembly. I call on all parties to respect election results and return to civilian rule,” Prior to this, UK Foreign Secretary Dominic Raab said the United Kingdom could consider “further action” against the Myanmarese dispensation in tandem with its international partners. Myanmar’s military seized power in the country, announcing a one-year state of emergency and vowing to take action against alleged voter fraud during the November 8 general election, which was won by Suu Kyi’s National League for Democracy (NLD) party on February 1.

The military said it was committed to the democratic system and vowed to hold new and fair elections after the state of emergency ends. Myanmar’s State Counsellor Aung San Suu Kyi, as well as President Win Myint and other top officials who were members of the ruling NLD party were detained and accused of election fraud. Protests have been held across Myanmar since the military took over. The US and the UK have imposed sanctions against multiple individuals affiliated with Myanmar’s military.