JVP says it is ready to govern Sri Lanka 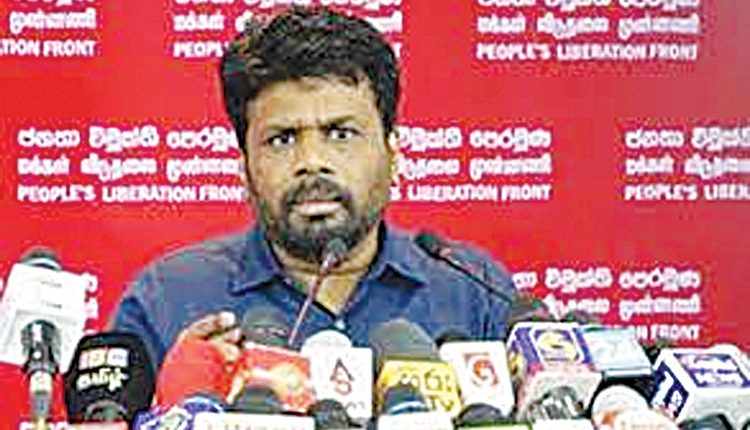 Colombo, Nov 1 (FN Agency) Sri Lanka’s largest leftist political party says it is ready to govern the island nation. The mainstream political parties have lost the trust of the people due to the unprecedented economic crisis, and voters are looking to the Janatha Vimukti Peramuna (JVP or People’s Liberation Front) to come up with alternate policies, The Island newspaper on Tuesday quoted JVP leaders as saying. Speaking at a rally at Bandaragama, JVP General Secretary Tilvin Silva said President Ranil Wickremesinghe was a dud coin in Sri Lankan politics. “Ranil rules the country, thanks to the SLPP MPs who elected him the President. Both Ranil and the SLPP have no mandate from the people… He is now hell-bent on delaying elections,” Silva said. The JVP leader accused the government of imposing taxes which most ordinary people are in no position to pay.

Silva also denounced the main opposition party SJB, calling it “a spent force”. JVP’s former MP Dr. Nalinda Jayatissa challenged the ruling and opposition parties to contest elections if they were indeed popular with the people. “All they need to do is to hold an election and the entire world will see how many votes each will get. Only the JVP-led (coalition can) save this country from the present crisis. Only we have the right plan and discipline to do that,” he said. “This country is in the present crisis because the rulers lined their pockets without giving any regard to the plight of the people,” he added. The JVP led two armed insurrections — in 1971 and 1987-89 — in a bid to capture power. Both insurrections were put down by the military, leaving thousands dead. The JVP now says it will never resort to violence again and that it is wedded to democratic ideals.