Japan to lift state of emergency in four capital prefectures 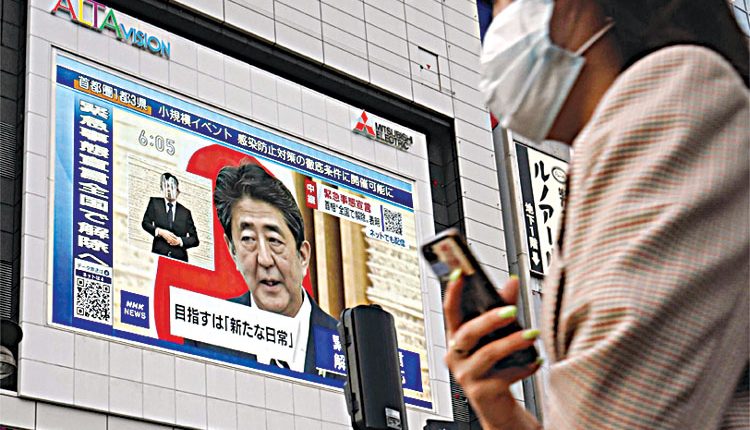 Tokyo, Mar 18 (FN Agency) Japan is set to lift the coronavirus state of emergency in Tokyo and three surrounding prefectures on Sunday, Yasutoshi Nishimura, the minister in charge of the country’s COVID-19 response, said on Thursday. According to Japanese Health Minister Norihisa Tamura, it is important to increase as soon as possible the share of screening tests for new COVID-19 variants from the current 5-10 percent to 40 percent.

Prime Minister Yoshihide Suga is expected to hold a press conference on the official lifting of the emergency state. The state of emergency was imposed in 11 prefectures in early January. It mandates reducing the work hours of restaurants, movie theaters, entertainment facilities, canceling events, transferring 70 percent of employees to remote work. The state of emergency was extended to March 7 but lifted in six prefectures in late February due to the improvement of the epidemiological situation. However, the decision to lift did not affect Tokyo, Saitama, Kanagawa and Chiba prefectures, which are parts of the Greater Tokyo Area, where the state of emergency has been extended until March 21.

To date, Japan has registered nearly 450,000 cases of COVID-19 infection and over 8,600 deaths. Daily infection rates nationwide have hovered around the 1,000-mark throughout the month, falling from a peak of nearly 8,000 in early January.