Jaishankar on three-day visit to Mexico, to call on President Obrador 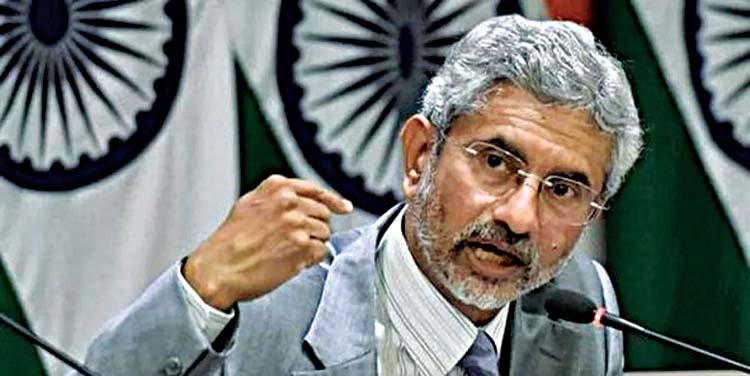 New Delhi, Sep 26 (FN Bureau) External Affairs Minister S. Jaishankar is on a three-day official visit to Mexico during which he will participate in the commemorative events of the 200th anniversary of the consolidation of Mexican Independence along with other world leaders. The EAM’s visit, from September 26-28, is at the invitation of his Mexican counterpart Marcelo Ebrard Casaubón. This will be his first visit as External Affairs Minister to Mexico. In addition to his meeting with the Foreign Minister Marcelo Ebrard, he will also call on President Manuel López Obrador. He will also interact with the leading CEOs and the business community in Mexico. Currently, Mexico is India’s second largest trade partner in Latin America and is a member of the UN Security Council alongside India for the period 2021-22.

This year, Mexico is celebrating the 200th anniversary of the end of Spanish rule in 1821. Mexico’s President López Obrador has called 2021 the “year of the independence and greatness of Mexico,” with major milestones occurring this year, including Mexico’s 200th anniversary of independence, the 500th anniversary of the founding of Mexico City, and 700th anniversary of the founding of Mexico-Tenochtitlan. In August 2020, India and Mexico marked the 70th anniversary of the establishment of diplomatic relations between the two countries. Mexico was the first country in Latin America to establish diplomatic relations with India in 1950. In 2007, the two countries upgraded their bilateral relations to a Privileged Partnership, and in 2016, during Prime Minister Narendra Modi’s visit to Mexico, the two countries decided to develop a roadmap to upgrade their relationship to a Strategic Partnership. A large number of Indian information technology (IT) companies like TCS, Infosys, Wipro, Hexaware, Tech Mahindra, NIIT, etc., have already established themselves as big names in Mexico. Pharma majors like Sun Pharma, Dr. Reddy’s, Ranbaxy, Wockhardt and auto component manufacturers like PMP Auto, JK Tyre, etc., have set up facilities and plants in Mexico and are taking advantage of the country’s strategic location as the gateway to both North and Latin America.

In 2018, bilateral trade between India and Mexico exceeded 10 billion dollars. Mexico has been an important source of crude oil for India, with a value of more than $3.73 billion. Iron and steel are also an important sector of Mexican exports with a value of $20 million in 2018. During Prime Minister Modi’s 2016 visit, Mexico pledged support for India’s bid to be part of the Nuclear Suppliers Group (NSG). However, both countries have differences on the issue of United Nations Security Council (UNSC) reforms. Mexico has been a member of the United for Consensus (UfC) group that opposes the expansion of permanent membership in the UNSC and is instead for expansion of the non-permanent membership in the UNSC. With both India and Mexico being non-permanent members of the Security Council for the period 2021-2022, it could provide them a good opportunity to work closely on areas of mutual interest.