‘It was a terrifying sound. God saved me’, says Indian survivor of Houthi terror attack 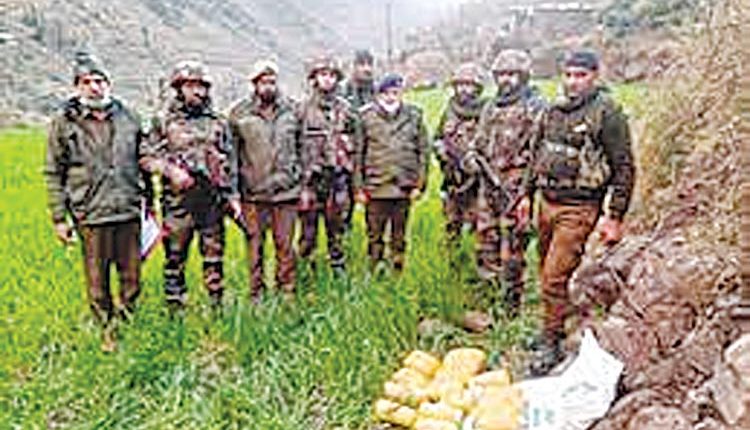 Abu Dhabi, Jan 21 (Agency) Ramjan Mohamed Rath, from Rajasthan in India, was standing near his lorry at the Adnoc oil terminal in Mussaffah, when the Houthi drone strike occurred, turning the whole place into a fireball. Ramjan has 10 stitches on his left leg which got punctured with flying shrapnel. Ramjan is among two Indians who were injured in the January 17 Houthi drone strike. Six people were injured in the attack, which has been condemned by India in strong terms as a terror attack. Two Indians and a Pakistani national were not so lucky as they perished in the drone attack that caused three tankers to explode, spewing fire all around. Their bodies have been repatriated to their respective countries. Ramjan, who is recovering at home from the injuries, recalls the moment of the blast when the ground shook and fire filled the air, and bits of shrapnel pierced their bodies. “It was a dangerous, frightening, terrifying sound. I have never heard such a loud sound in my life,” he told The National.

“It was as if the ground disappeared from under my feet. God saved me. Even now, I hear it in my ear. If someone near me says something too loud, then I get scared,” he said. Ramjan was standing near his lorry completing paperwork when the blast occurred. “I turned around and there was fire on the trucks and fire on the ground,” said the 24-year-old from a small village in Rajasthan. “My truck was also on fire. People tried to put out the flames but it was not possible. It all happened in a minute.” Soon he felt sharp pain in his leg. “I felt something hit my leg and saw a lot of blood. I didn’t immediately realise I was wounded.” Ramjan, who has worked in Abu Dhabi for four years, has not yet told his family in India about his lucky escape. He said his four older sisters and elderly parents would be distraught to hear the news. “They will be too scared. I don’t have the courage to tell them,” he said. The terror attack has shattered the peaceful life he once knew. “I feel sad this has happened. We were happy and working before this, and now three people have died and people have got injured,” Ramjan said.

“We are happy God has saved us but I’m sad also. We always think of the UAE as a peaceful country and I feel very sad that this happened here. My truck, my new truck that was my livelihood, has burnt down and for that, I feel sad,” he said. Saeed Noor Jabar Khan, from Khyber Paktunkhwa in Pakistan, is recuperating in hospital from his wounds. Saeed Noor saw a flash and felt searing pain as flying debris shot into his shoulder — narrowly missing an artery between his arm and chest. Doctors removed shrapnel from his left shoulder and said he would have been killed if the fragment had punctured a centimetre in another direction, the daily said. The 33-year-old said he was getting on to his lorry when the explosion occurred. “I hadn’t even fully entered the truck and was speaking to my friend when it happened,” he said. “I didn’t even realise that I was injured until I was outside and saw blood on my shirt.” He has worked in the UAE for the past 10 years. The father of three said his family is still in shock “They still don’t believe that I escaped the blast. I feel so lucky and thank God to have escaped the face of death,” Saeed Noor said. Both men work for companies that transport fuel from the Mussaffah oil storage plant outside Abu Dhabi city to depots across the country.