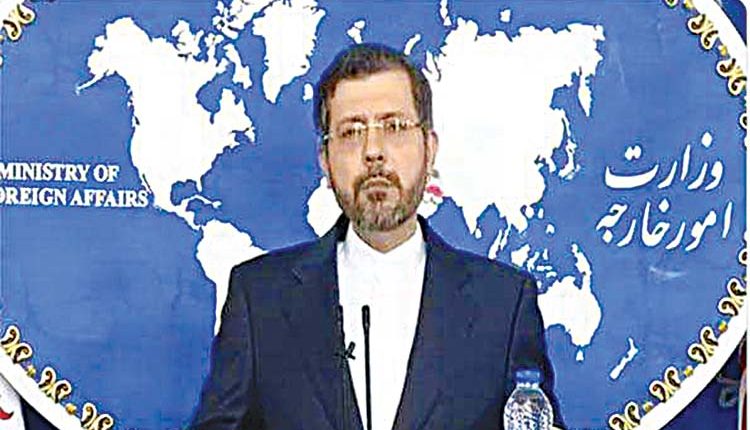 Tehran, Dec 6 (FN Bureau) Iran’s foreign ministry said on Monday it is time for the parties to the 2015 nuclear agreement to clarify their position regarding lifting of sanctions on Iran. “We hope they do not think that the Islamic Republic of Iran will accept anything less than (the fulfillment of) their commitments” under the deal, formally known as the Joint Comprehensive Plan of Action (JCPOA), said Saeed Khatibzadeh, spokesman for the Iranian ministry. Speaking in his weekly press conference in Tehran, Khatibzadeh stressed Iran will neither accept anything less than what was agreed in 2015, nor will it make additional commitments.

The spokesman also dismissed the possibility of a step-by-step agreement or an interim deal instead of the revival of the JCPOA. The measures taken by Iran since 2019 to upgrade its nuclear program are “a response to the non-compliance of Tehran’s counterparts in the JCPOA,” and therefore it is not possible to make a decision about them until the fate of the sanctions is clarified, he said. Iran is now waiting for the response of the parties in the Vienna talks to the Iranian position, which was presented in two draft proposals last week in Vienna, the official told journalists. Answering claims that Iran is putting forward “maximalist demands,” the spokesman said the two drafts are based on the JCPOA and the six previous rounds of talks held in Austria’s capital between April and June.

“Unfortunately, it is the approach of the European parties and the United States to the fulfillment of their obligations that is minimalistic, and this minimalism of their views has led the negotiations to a point where the European parties immediately asked to return to their capitals and consult” after receiving the Iranian documents, he added. On Friday, diplomats from the European side of the negotiations returned to their capitals for consultations on the Iranian proposals, which reportedly insist on the priority of removing all the sanctions that were imposed on Tehran by the former administration in the White House after it withdrew from the deal in 2018. Iran and other remaining parties to the deal resumed their discussions to restore the deal on November 29 with the indirect involvement of the United States, which withdrew from the 2015 agreement in May 2018, and unilaterally re-imposed sanctions on Iran.