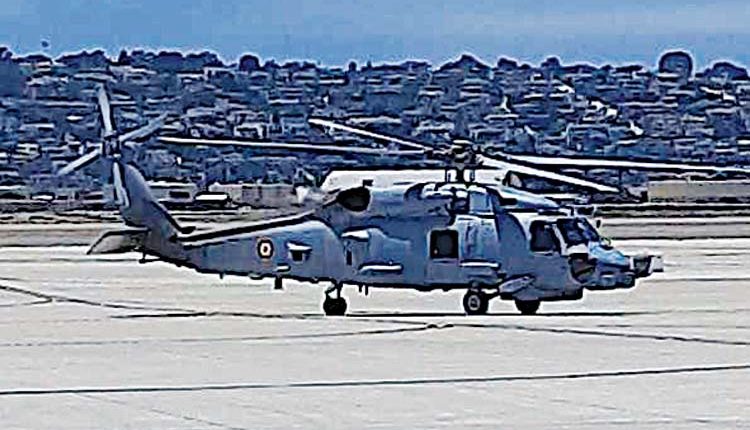 Washington, Jul 17 (Agency) The US Navy has handed over the first two MH-60R helicopters to the Indian Navy. A ceremony was held at the Naval Air Station North Island or NAS North Island, San Diego, to formally hand over the Multi Role Helicopters (MRH) to the Indian Navy. It was also attended by India’s Ambassador to the US Taranjit Singh Sandhu.

Mr Sandhu said the induction of the all-weather multi role helicopters will strengthen the India-US defence relation. “Deepening India-United States Defence ties! Attended the handing over ceremony of the first @LockheedMartin #MH60R Multi Role Helicopters from @USNavy to @indiannavy, along with Vice Adm. Kenneth Whitesell, Commander US Naval Air Forces and DCNS Vice Adm Ravneet Singh at #SanDiego today,” Mr Sandhu tweeted. India is in the process of procuring 24 of these choppers manufactured by the US-based Lockheed Martin from the US government.

MH-60R helicopter has sophisticated sensors and avionics, and operates from frigates, destroyers, cruisers, and aircraft carriers. Total 18 Indian Navy personnel were already in the US for training on the MH-60R helicopters. All the 24 helicopters will be delivered to India in next three years. These choppers will add to the Indian Navy’s anti-submarine warfare capabilities in the Indian Ocean region. The $2.2 bn deal for 24 MH-60R was signed during the visit of then US President Donald Trump February last year.