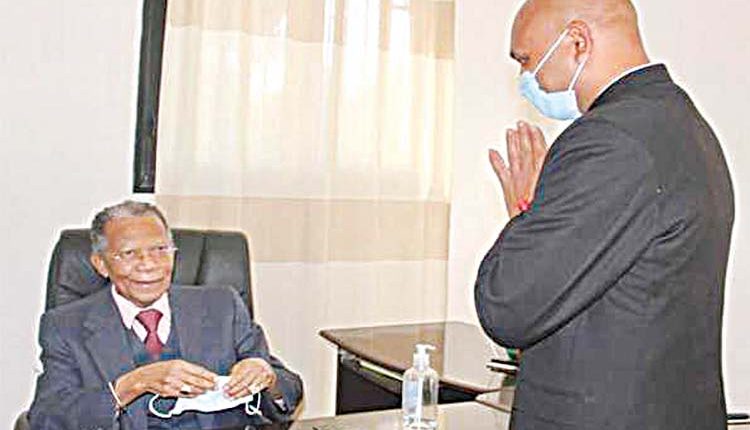 My deepest condolences to his family, the people and Govt. of Madagascar.” Ratsiraka , a champion of NAM movement and admired Indira Gandhi and Mahatma Gandhi. Two different streets in the centre of Antananarivo carry the name of Indira Gandhi and Mahatma Gandhi. Madagascar had declared a day of mourning in the honour of passing away of President Ratsiraka. He was buried at the National Mausoleum at a ceremony held in Iavoloha presidential palace in Madagascar yesterday which was attended by the President Andry Rajoelina, Ministers and diplomatic community in Antananarivo.