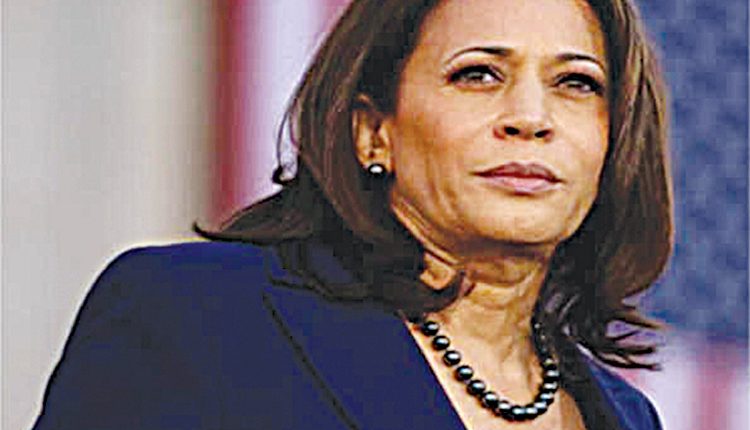 Singapore, Aug 24 (FN Agency) US Vice President Kamala Harris on Tuesday strongly criticised China for assertion of territorial claims in the South China Sea. In a speech, Harris stressed the importance of sea lanes for trade in the region. “And yet, in the South China Sea, we know that Beijing continues to coerce, to intimidate, and to make claims to the vast majority of South China,” she said. Harris said that China’s “unlawful claims” were rejected by an international tribunal in The Hague in 2016 in a landmark case brought by the Philippines. “Beijing’s actions continue to undermine the rules-based order and threaten the sovereignty of nations. The United States stands with our allies and partners in the face of these threats,” she said. “In this region, we have long put forward a vision of peace and stability, freedom on the seas, unimpeded commerce, advancing human rights, a commitment to the international rules-based order, and the recognition that our common interests are not zero-sum,” she said.

“Now, as we face threats to that order, I am here to reaffirm our commitment to that vision — to strengthen it and to make sure it addresses the challenges of today and of tomorrow.” Harris’s remarks drew a swift rebuke from Beijing, with Chinese Foreign Ministry spokesman Wang Wenbin telling reporters, “In order to maintain its first place, the United States can arbitrarily discredit, suppress, coerce and bully other countries without paying any price.” “This is the order the United States wants. The United States has always tried to defend its selfishness,” reports from Beijing quoted Wang as saying. Harris, who was set to visit Vietnam later Tuesday on the second and last leg of her trip, said, “Our engagement in Southeast Asia and the Indo-Pacific is not against any one country, nor is it designed to make anyone choose between countries.”

Aside from issues of security, Harris said the United States seeks to strengthen its economic engagement in the region and offered to host meetings of the 21-member Asia-Pacific Economic Cooperation, or APEC, in 2023. Harris also said the United States “remains deeply alarmed” by last February’s military coup in Myanmar that toppled the elected government of Aung San Suu Kyi, ending a decade of civilian rule. “We condemn the campaign of violent repression and we are very committed to supporting the people there as they work to return their nation to the path of democracy and we do hope that nations throughout the Indo-Pacific will join us in that effort,” she said.