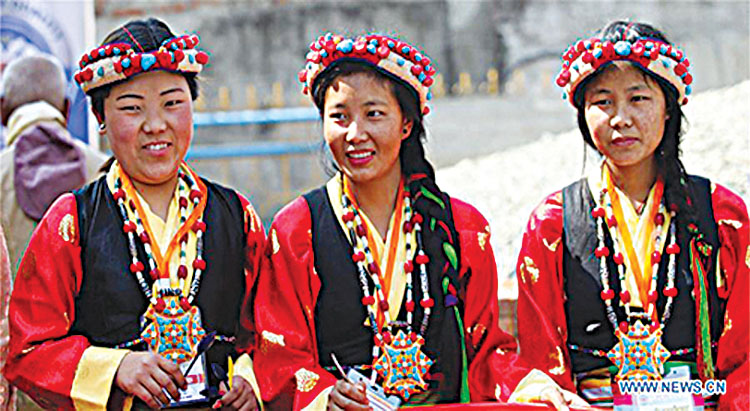 Kathmandu, Mar 14 (Agency) Gyalpo Lhosar festivities started off in Nepal on Sunday with traditional celebrations and enthusiasm. Losar marks the New Year in a Tibetan calendar consisting of twelve lunar months. Gyalpo Losar is celebrated from the 29th day of the 12th month of the calendar, among the Sherpa, Tamang, Bhutia, Hyolmo and Yolmo communities. Celebrations will continue for 15 days, with the main programmes being observed during the first three days. The first day of the festivities sees a special beverage called changkol being processed from chhaang (a Tibetan beer).

The second day is known as ‘King’s Losar’ (Gyalpo Losar) while the third day sees feasts being organized, which is accompanied with traditional music and dancing. Himalayan Times reported that Sherpas across Nepal are celebrating the New Year festival by organizing various cultural programmes and sharing greetings. The Nepalese government, however, has not declared it a holiday.