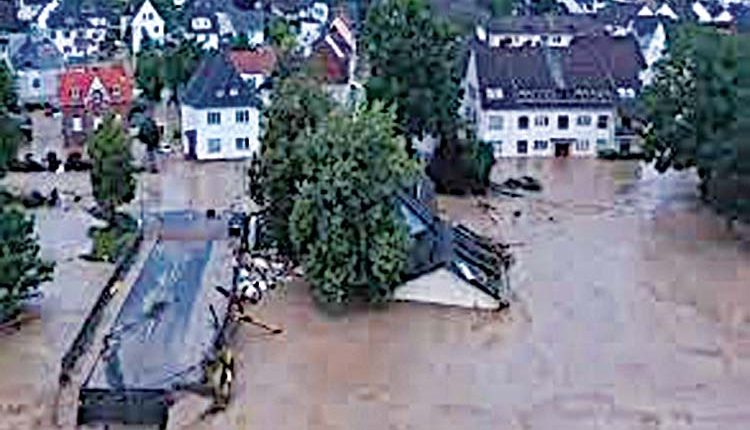 Berlin, Jul 21 (FN Bureau) The German cabinet has approved 400 million euros ($471 million) in urgent financial assistance to citizens affected by the floods last week, Finance Minister Olaf Scholz said on Wednesday. “The main signal is that we are mobilizing urgent help for flood victims. Now it is 400 million [euros], including 200 million [euros] provided by the republic. But I emphasize that this is the amount from which we are proceeding now. Our outlook is that the previous flood cost us 6 billion euros,” Scholz said at a press conference.

German states will contribute the other half of the 400-million package, and Scholz said that the federal government will continue to match any future regional contributions. Berlin also plans to use European Union funding facilities, he said. The German government is determined to work out measures to prevent similar disasters in the future, according to the minister. Deadly floods in Germany, caused by heavy rains, affected most of western Europe last week. The German states of North Rhine-Westphalia, Rhineland-Palatinate, Saxony, and Bavaria have been damaged the most, with reports of dozens of casualties and severe damage to public and private infrastructure. The latest death toll from disastrous flooding exceeds 160, while hundreds of people are still missing.