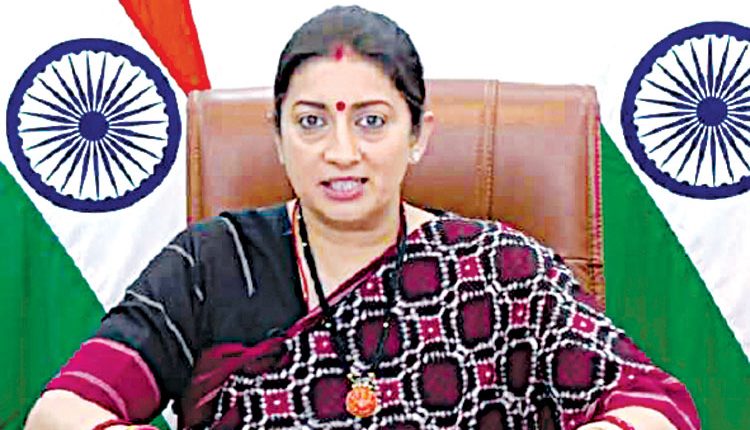 Rome, Aug 27 (FN Bureau) Women and Child Development Minister Smriti Irani has conveyed India’s solidarity with the Group of 20 for promoting gender equality and women’s empowerment amongst partner countries. Irani took part in the first ever G20 Ministerial Conference on Women’s Empowerment in the Italian coastal town of Santa Margherita Ligure on Thursday and reaffirmed India’s commitment towards addressing gender and women centric issues through mutual cooperation. She joined the Gender Equality Ministers of the G20 in committing to promotion of gender equality and empowerment of women through cooperation and coordination at all relevant fora. The minister in her address highlighted the various initiatives undertaken by the Narendra Modi led government towards fostering gender equality, ensuring better healthcare and strengthening women’s safety and security.

The summit, chaired by Italian Minister for Family and Equal Opportunities Elena Bonetti, is the first-ever G20 ministerial gathering focusing on women’s empowerment. The talks were originally scheduled to focus on the promotion of women’s rights in the workplace, education and training, and protection against domestic violence. However, the main focus shifted to Afghanistan after the Taliban took control of most of the country following the United States’ withdrawal of troops earlier this month. Bonetti said that the new risks to women and girls in Afghanistan highlight the importance of gender issues globally. “The risk of violence, abuse, and violations of human rights to which the entire female population of Afghanistan is now exposed requires a clear assumption of responsibility by members of the G20 and the entire international community,” she said. “For this reason, we have focused our meeting of ministers responsible for equal opportunities on the women of Afghanistan.”

Prime Minister Mario Draghi in his address said the G20 countries need to “do everything possible” to protect the rights of women in Afghanistan which is again under the Taliban’s control. “The G20 must do everything possible to ensure that Afghan women retain their fundamental freedoms and rights, particularly to education,” Draghi said. “We must not delude ourselves: Afghan girls and women are on the verge of losing their freedom and dignity and of returning to the sad condition they were in 20 years ago. “They risk becoming second-class citizens once again, victims of violence and systematic discrimination, simply because they are women,“ Draghi said. Besides the G20 ministers, representatives of international advocacy groups, the business community, civil society, and academia participated in the conference. The conclusions reached at the summit will be presented at the G20 leaders’ summit in Rome in October.

US authorizes three more military bases to House up to 50,000 Afghan evacuees